Barack Back on Savage Dragon Cover

When Barack Obama becomes President, not only will he be on televisions and newspapers around the world, he’ll also make an appearance in Savage Dragon #145. Erick Larsen and Image Comics have released the variant cover that features Barack and Savage Dragon bumping fists as Dragon returns to the Chicago police force.

“I had always intended to follow up Dragon’s previous presidential campaign with his own endorsement, but I never anticipated how much heat it would generate,” Larsen said. “When Barack appeared on the incentive cover of SAVAGE DRAGON #137 as a candidate it led to the book going through numerous printings. This time out the media has, again, picked up on the story and I was hoping to get the word out so that retailers wouldn’t get caught short once more.” 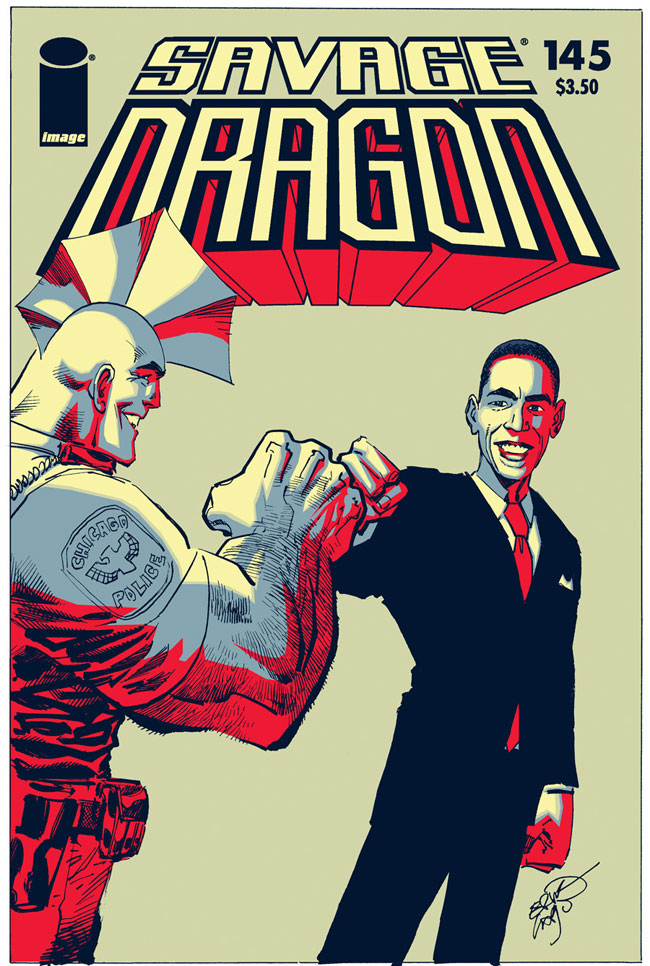