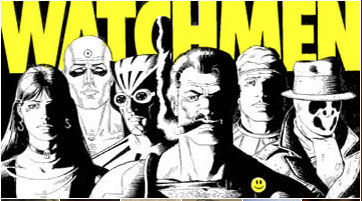 The judge in the Warner Bros./Fox Watchmen trial has bumped the start date back to January 20, 2009, citing that the contracts signed by Larry Gordon are so complex, it requires a trial to sort it all out.

Fox’s suit, filed in February, contends that it retains distribution rights to the graphic novel penned by Alan Moore and illustrated by Dave Gibbons. It asserts that Gordon’s option to acquire Fox’s remaining interest in “Watchmen” was never exercised, thereby leaving Fox with its rights under a 1994 turnaround agreement.

Warner Bros. is still sticking with its March 6 release date.Â  Here’s hoping things don’t get buggered before then.