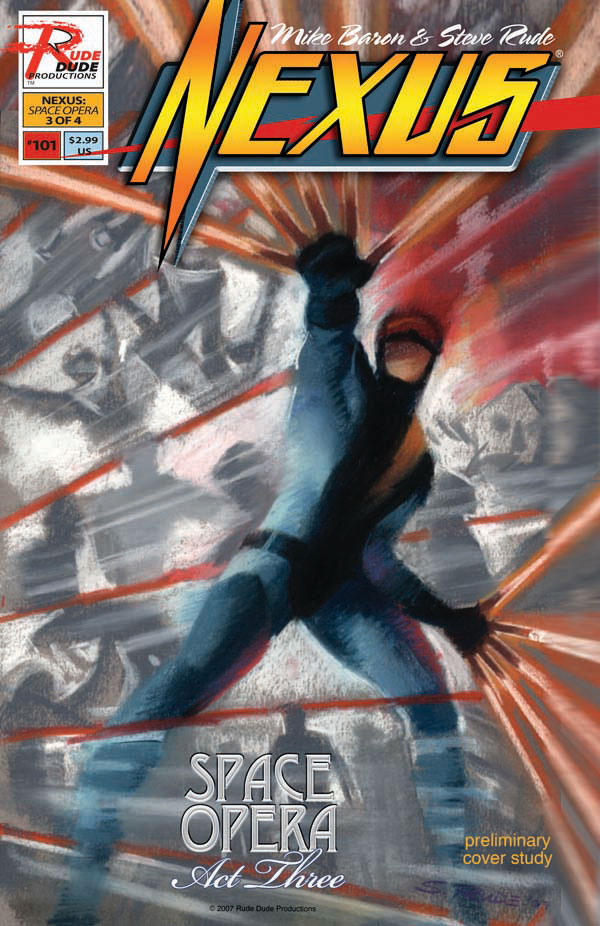 This past weekend, Steve Rude sent out an update on the status of his Nexus series.

Nexus 101 is completed and Nexus 102 is awaiting a final script.Â  Pencils are completed.Â  Once the inks are completed the book will go into solicitation.Â  At this point we anticipate being able to give all the solicitation information to Diamond in January which would be for March Previews and a May release date.

It’s been forever since we read and reviewed Nexus 100, and now May can’t come fast enough.