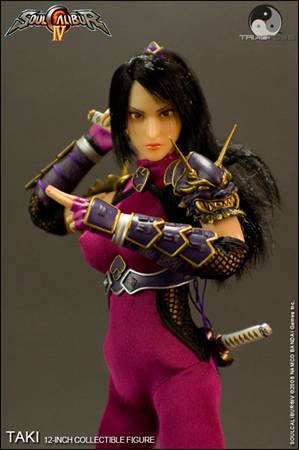 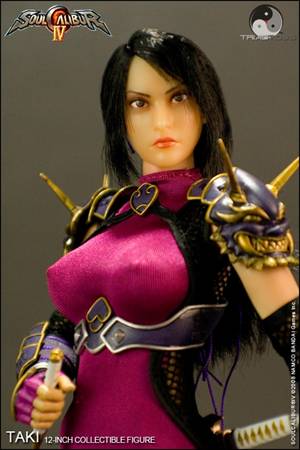 Triad Toys has announced pre-orders for its Soul Caliber 4 12-inch Taki figure is currently going on at the company website.

Slated for an end-of-March 2009 release, Taki will come with the updated Otaku 1.2 body with metal pinned hips as well as the highly anticipated Bullet Time display stand. Keep your eyes peeled for more characters from the Soul Calibur 4 line-up in the coming months!

In addition to the game figure pre-order announcement, Triad Toys also announced plans to bring John Carter of Mars figures to market.Â  The complete solicitation is after the jump.Â  I’m sure you’re already wondering if the figures are going to be faithful to the book.Â  Uh, no.Â  No nekkid figures and statues for the horndogs, as these will be modernized concepts.

Edgar Rice Burroughs’ Mars Saga is hailed as one of the most influential works to define modern sci-fi and fantasy literature. Written almost a century ago, the epic 11 volume series chronicling John Carterâ€™s adventures have thrilled many, many generations of readers. Triad Toys is proud to announce that it has entered into a two-year licensing agreement with Edgar Rice Burroughs, Inc. to produce a range of collectibles, including 12-inch action figures and statues of all the central characters from the beloved novels. The collectibles will consist of both modernized concepts developed by Triad Toys as well as the classic Burroughs vision of the Mars saga with the first series of figures releasing early 2009.