Return to Wonderland Statue Sure to Turn Heads, Cause Ruckus 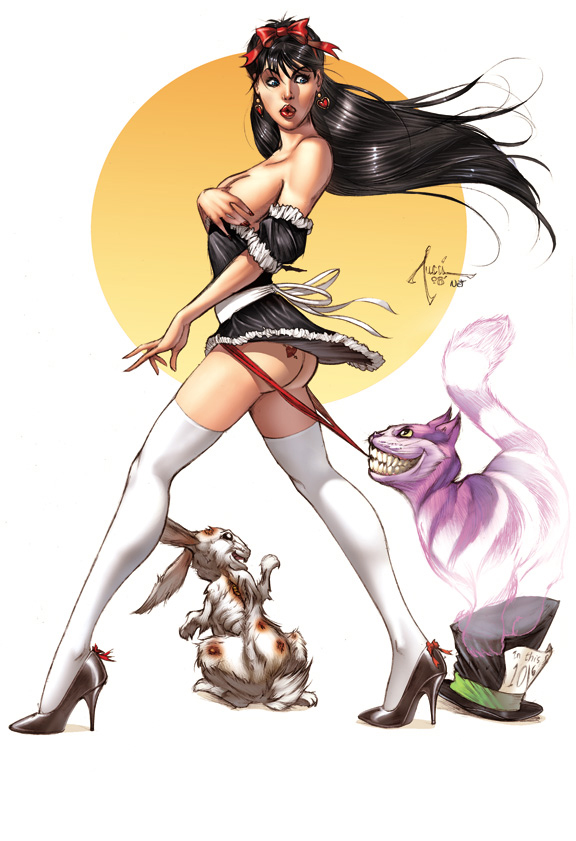 I’ve enjoyed the cheesecake Return to Wonderland and related tie-in series from Zenescope Entertainment.Â  The CS Moore Studio Ltd. has announced a deal with Fantastic Realm to create a statue based on Billy Tucci’s Carroll Ann “Callie” Liddy from the series (that’s the one above if you haven’t figured it out).

The story follows the now grown Alice Liddle as she travels back to Wonderland – this time with her 18 year old daughter Calie in tow. With stunning art and a new take on the Alice in Wonderland fairy tale, Zenescope’s stories have riveted readers and garnered critical acclaim.

No price has been set, and orders aren’t being taken right now, but the statue is expected to arrive in the Fall of 2009.