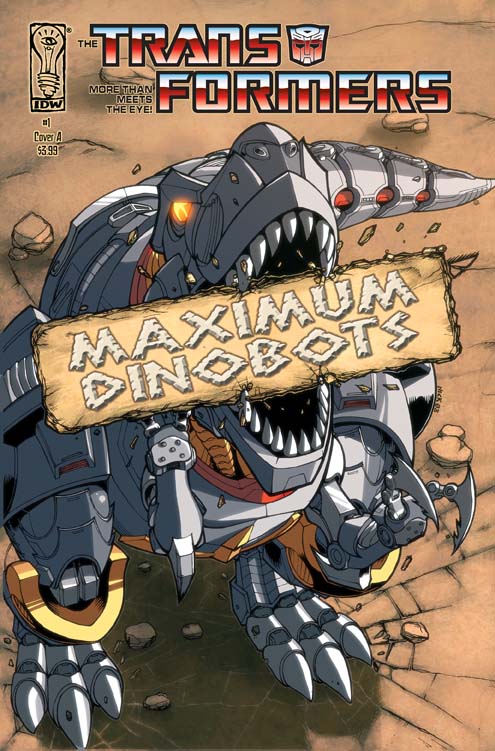 (San Diego, December 8, 2008)Â  Transformers fans have been waiting for the DINOBOTS to get a series of their very own for a long time.Â  At last, IDW releases the long-awaited, full-fledged modern day debut of the Dinobot team in The Transformers: Maximum Dinobots. The book will be in stores December 10.

Bringing some of the most popular characters from the original cartoon back to life with a fresh take are Transformers uber-scribe Simon Furman, artist Nick Roche, and colorist Josh Burcham, with cover art by Marcelo Matere and Roche.

The Transformers: Maximum Dinobots brings together the team for the first time in thousands of years, but itâ€™s far from a happy reunion. And out to spoil the party further is SCORPONOK and his Machination/HEADMASTER army. But he has two AUTOBOTS hot on his trail in SUNSTREAKER and HOT ROD.

And when all parties collide, expect mayhem, machinations, melee, and, of course, Maximum Dinobots!

The story enhances the rich tapestry of TRANSFORMERS lore for long-time readers, but also is friendly for new readers – anyone can start at Page 1 and not miss a beat. And the first issue arrives just before Christmas on December 10th!

Itâ€™s an adventure not to be missed!