Studio 407 has announced a brand new horror anthology that features vampires, a planet of terror, and a town beset by demons.Â  Shadow Chronicles arrives in January 2009, and is the company’s first anthology book.Â  Studio 407 sent Major Spoilers a sneak peek, that you can see after the jump. 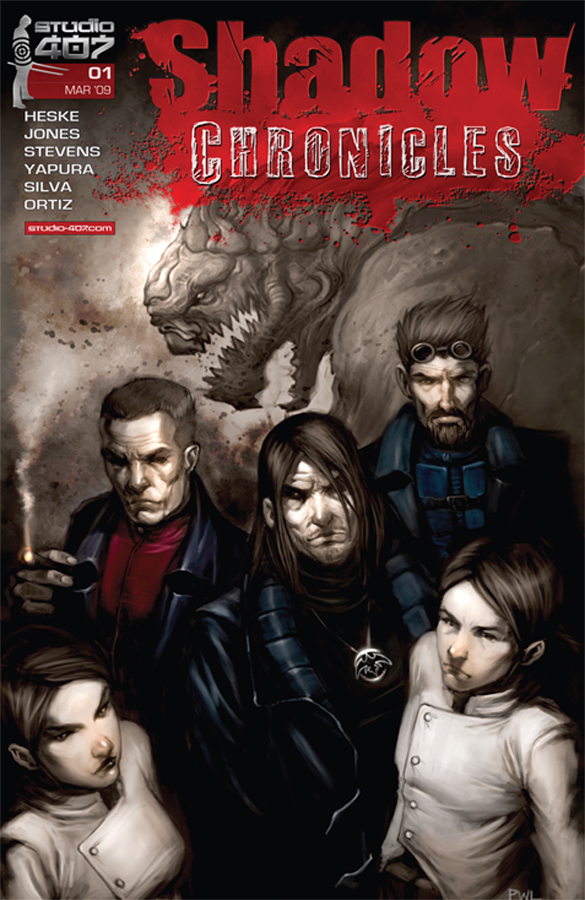 ComicMonsters.com says “Studio 407â€™s first ever anthology delivers a taste of the bloody good time that lies ahead. Studio 407 will be a force to reckon with for quite some time.”

“I’ve spent most of my professional life working in movies and TV. It’s been great having the opportunity to take what I’ve learned about how to be scary on screen and expand that into the realm of the graphic novel.” Says Demon Squad writer Neil Marshall Stevens.

Robert Heske and Diego Yapura are the writer/artist team on Night Projectionist. Chad Jones and R.B. Silva on Netherworld and Neil Marshall Stevens and Rafael Ortiz are the team on Demon Squad.