Has Captain Marvel Found a Director 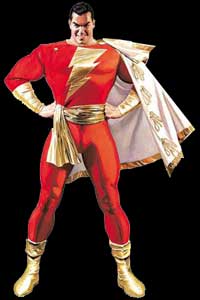 Get Smart director Peter Segal has signed a three-year first-look deal with Warner Bros. and the first order of business in the new deal is Captain Marvel.Â  The WB has picked up the John August script, with Segal set to direct the adaptation.

He and [Michael] Ewing began working on the film two years ago at New Line, but the property has moved over to WB. Pic tells the story of teenaged Billy Batson, who transforms into the superhero when he says the word “Shazam!”

Why was this film even at New Line to begin with?Â  DC and Warner Bros. are going to suffer the same growing pains Marvel did when it was signing over its top properties to 20th Century Fox and Sony.Â  Keep it in house guys and you’ll always have something to fall back on.

There’s no start date for shooting set yet, nor has a lead been found.