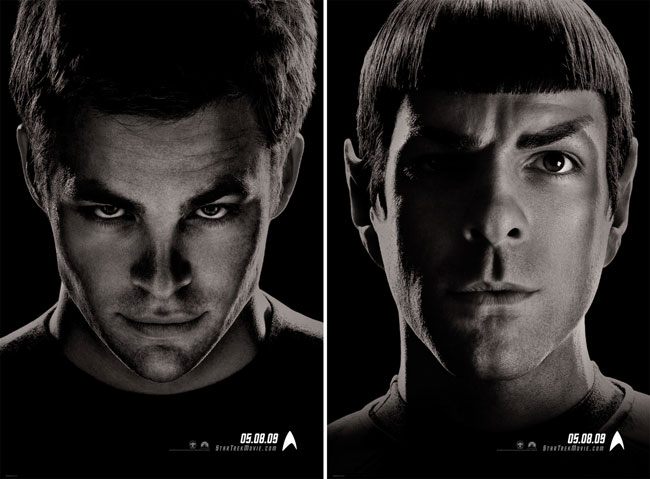 Slash Film has obtained two new posters for the upcoming JJ Abrams Star Trek flick.Â  These are pretty moody and remind me of my days of green and white computer screens as I tried to program the likeness of Spock on a computers that had yet to invent the original Wolfenstein.Â  The poster features Chris Pine as James T. Kirk, and Zachary Quinto as Spock.