By Stephen Schleicher on November 6, 2008 3 Comments

It was a very close contest, with Bizarro and Two-Face coming in at a tie by the end of public voting on Tuesday.Â  The tie was decided in a manner that Two-Face would have appreciated – by a coin toss.Â  Matthew and I called it in the air, and by a vote of 419 to 418, ladies and gentlemen, I present to you the winner of the 2nd Annual Major Spoilers Costume Contest…after the jump. 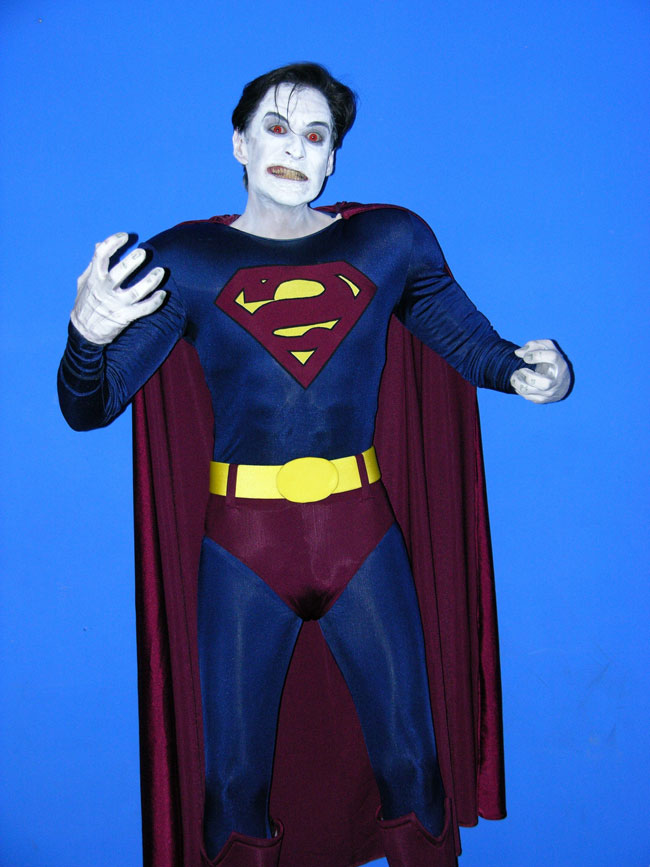 Congrats go out to Mark Meer for taking the time to enter the contest.Â  Mark will be receiving the Hellboy Animated Maquette and a copy of the Hellboy Library Volume 1.

Check out Mark’s other entries, including his Doc Oc, which looks really cool.

A huge thank you goes out to everyone who entered!Â  For those that didn’t win, or didn’t enter, you now how 340 days until the next Major Spoilers Costume Contest.