King of the Hill to End Run 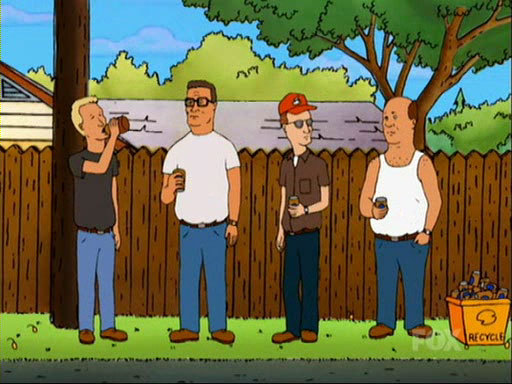 The antics of Hank, Peggy, and Bobby Hill are coming to an end at the end of this season.Â  Fox has opted not to renew King of the Hill for a fourteenth season.Â  Don’t feel bad for creators Greg Daniels and Matt Mike Judge, though, they have been on other projects for a while.Â  Daniels is currently the show runner on The Office, while Mike Judge is finishing up the Goode Family that will air on ABC midseason.

What’s replacing the Hills?Â  The Family Guy spin-off The Cleveland Show and Sit Down, Shut Up.