Archibald Chases the Dragon this January 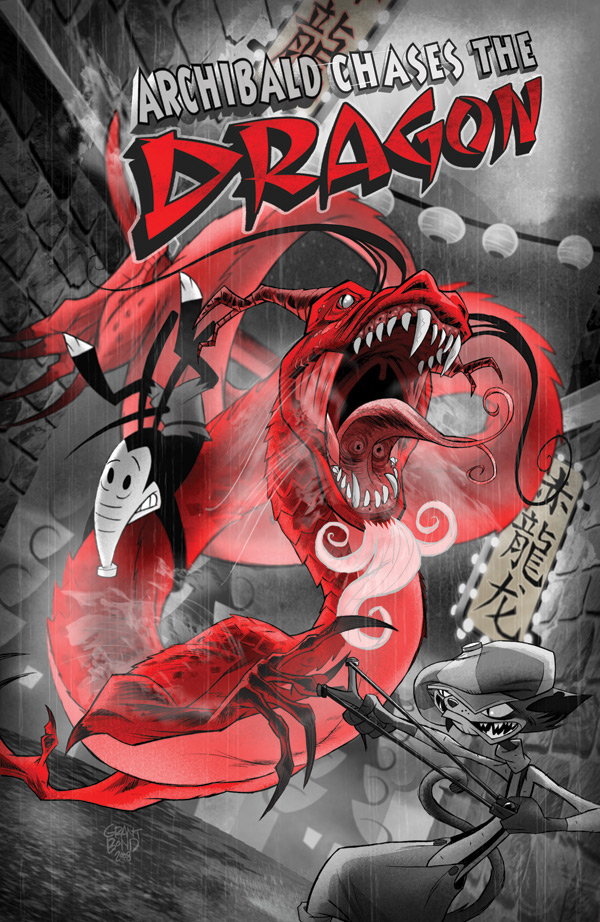 Archibald the Aardvark is getting ready to chase the dragon.Â  No, not that kind of dragon, the one that represented in the Chinese Zodiac.Â  Image Comics’ Shadowline imprint is set to release Archibald Chases the Dragon the first week of January – even if 2009 is the year of the Ox.

The one-shot is written by Dara Naraghi and illustrated by its creator Grant Bond.Â  This is the third in a series of Archibald tales following Archibald Saves Christmas and Archibald Saves Easter.

This time around a tip-off about a long thought solved murder brings Archibald to Little China, in search of the mysterious “Compassionate Wind of Death”. However, it doesn’t take long before this noir tale of greed, secrets and a deal with the devil threatens to have Archibald fall victim to the red dragon haunting his dreams.

It sounds like a totally awesome idea, and I’m always a sucker for noir mysteries.Â  Archibald Chases the Dragon arrives January 7, 2009 with a cover price of $3.50.