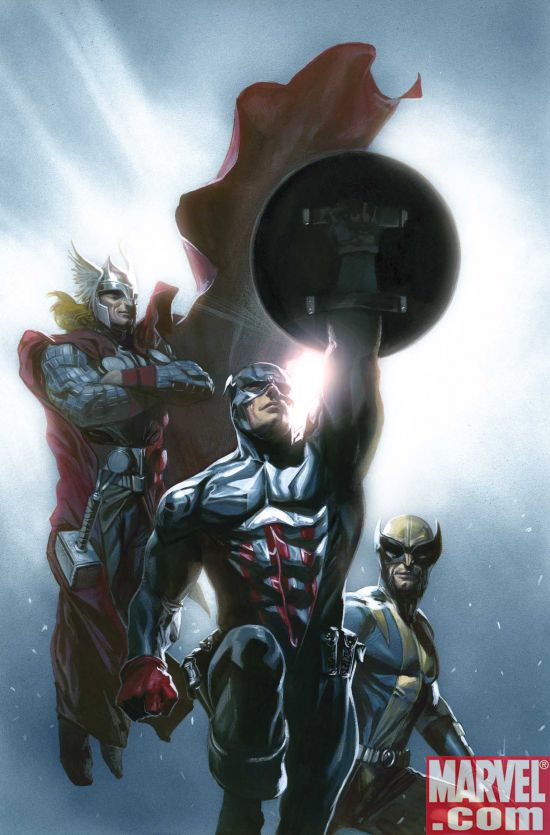 Marvel has just announced the final issue of Secret Invasion will now arrive in stores on December 3, 2008.Â  Seems the extra pages and the hectic schedule were just too much for Leinel Yu.

â€œAnybody who pored over the artwork from #7 a week ago can easily see how he and Mark Morales have been putting their all (and then some) into every page and every panel, and that effort has finally caught up with us. Hopefully, retailers and fans will forgive us these extra two weeks as we make sure that everything is in the shape it should be in for the extra-sized climaxâ€”and from there, itâ€™ll be smooth sailing straight into DARK REIGN,” said Executive Editor Tom Brevoort in a prepared statement.

Considering the size of the Secret Invasion event, spilling into almost every other Marvel title, I’m impressed Marvel was able to keep the schedule going for this long. Considering many Comic Wednesdays were flooded with Marvel titles (not necessarily a result of Secret Invasion), many local comic shops were overwhelmed, and I’m sure there were many fans who had to make a choice between what issues they could afford that particular week.

David Gabriel, Marvelâ€™s Senior Vice President of Sales, added, â€œIn speaking with retailers, Marvel decided it was more important to preserve the creative integrity of the series, rather than rush out the final issue. This not only creates a stronger product for our loyal readers, but also for our retailer partners, whose support helped make Secret Invasion a huge success.â€