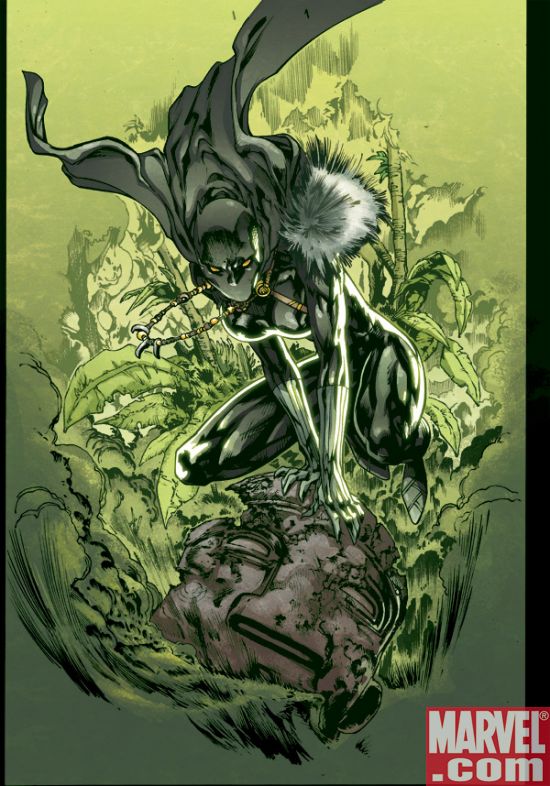 Who’s under the mask?Â  There’s a new Black Panther in town, and she’s smokin’ hot.Â  In an interview with the Washington Post, both Joe Quesada and Reginal Hudlin were mum on the new player in T’Challa.

The news, of course, is sure to spark controversy among fans — not unlike when Captain America began packing heat this year. How will Hudlin react to that?

“Honestly, my entire run on the series has been controversial. Which is great,” he says. “All the writers I admire are hotly debated online, and I feel like I’m always in great company in that situation. But more importantly, it means that people care about the book.”

Anyone want to take bets on if it is the X-(wo)Man formerly known as Storm? We’ll find out when the issue arrives in an extra-sized volume in February 2009.