What happens when you take four superheroes, lock them in quarantine until a space toxin is removed from their systesm?Â  Welcome to the real world like you’ve never seen it before as the Fantastic Four get a little cabin fever and start taking it out on one another.Â  Good thing there are those kids hanging around… They always solve the problems the adults can’t… yeah… stupid grown ups…

FANTASTIC FOUR COSMIC SPECIAL (OCT082405)
Written by CARY BATES
Pencils by BING CANSINO
Cover by FRANCESCO MATTINA
When Reed and Ben return from an excursion in a pocket dimension they bring a nasty toxin back with them that requires The Fantastic Four to place themselves under quarantine in the Baxter Building for two days.Â  No big deal, right?Â  Wrong!Â  What starts out as a series of petty squabbles along the lines of a typical episode of THE REAL WORLD quickly escalates to def-con 5 level life-and-death grudge matches that put Reed and Sue, Ben and Johnny at each other’s throats.Â Â  With all the adults going insane, it’s up to young Valeria and Franklin to save the day–and their family–before no one under the Baxter roof is left alive!Â  Plus, a classic FF story by John Byrne! 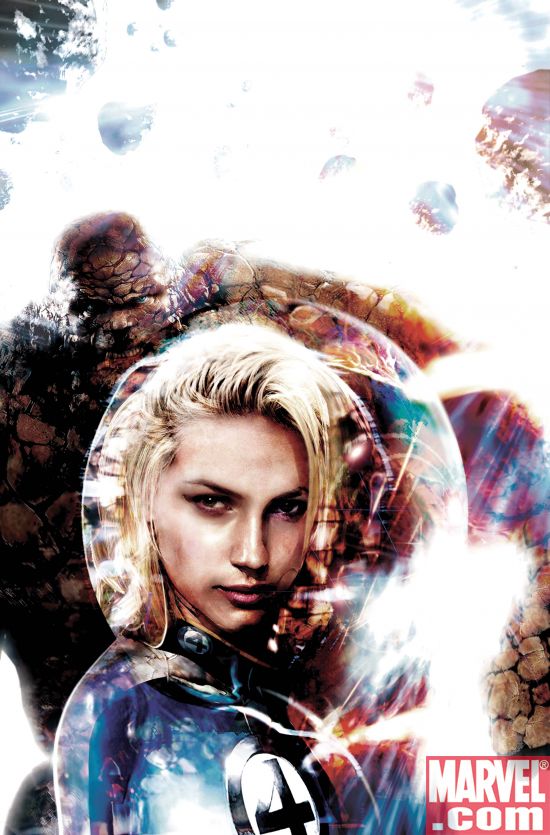