Talisman Not Going to Marvel 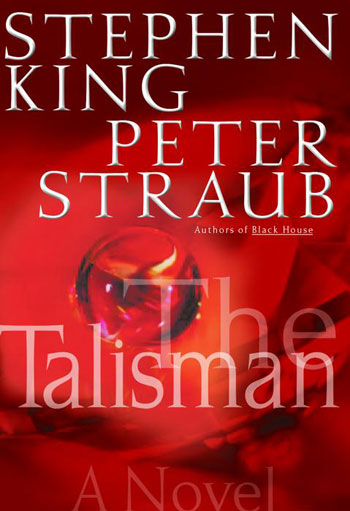 Del Ray Publishing has announced it will be doing the next to adapt Stephen King into comic book form, with Stephen King’s The Talisman getting the treatment.Â  Marvel Comics has previously adapted The Dark Tower, and is just kicking off The Stand.Â  This news has got to sting the House of Ideas just a little bit.

Press release after the jump.

Del Rey, an imprint of Ballantine Books at the Random House Publishing Group, announced today the acquisition of the comic book and graphic novel rights to The Talisman by Stephen King and Peter Straub. The creative team on the project will be announced soon, and the first issue of the monthly comic is planned for late summer/early fall 2009.

Originally published in 1984, The Talisman is the story of a young teen named Jack Sawyer, who can save his dying mother only by retrieving a magical talisman. To find it he must cross back and forth between our world and the frightening and dangerous landscape of its â€œtwinnerâ€ counterpart. The hardcover edition, published by Viking, spent 12 weeks in the #1 slot on the New York Times list. Both The Talisman and its sequel, Black House, are in print with Ballantine Books. Television rights to The Talisman are under development by Steven Spielberg and Kathleen Kennedy.

â€œIllustrating The Talisman in the depth that it deserves will involve at least 24 issues of comics, probably more,â€ said Del Rey Editor in Chief, Betsy Mitchell, who acquired the project from agent Ralph Vicinanza. â€œItâ€™s a tremendously visual story, filled with images that burn in memory long after the book has been closed.â€