Stories Behind the Battles Captivate Viewers in STAR WARS: THE CLONE WARS 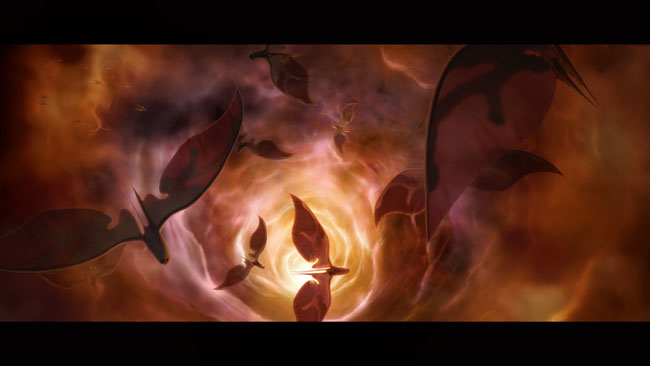 Writer Steve Melching adores the thrill of a space battle and the majesty of a lightsaber duel, but he knows that behind the best Star Wars tales are stories that resonate with great moments and amazing characters.

The Emmy Award-nominated writer of such animated favorites as The Batman and X-Men has penned eight episodes of STAR WARS: THE CLONE WARS, was credited as one of the writers of the animated film of the same name, and has written more than 4,000 lines of dialogue for the â€œStar Wars: The Clone Wars Lightsaber Duelsâ€ game for the Wii, which will be released by LucasArts on Nov. 11.

Melchingâ€™s passion for story-telling is evident in â€œShadow of Malevolence,â€ an all-new episode of the hit animated series premiering at 9 p.m. Friday, Oct. 10 on Cartoon Network.

â€œTHE CLONE WARS is really an opportunity to tell those great old war stories, and â€˜Shadow of Malevolenceâ€™ is very much like a World War II tale of going behind enemy lines on pretty much a suicide mission,â€ Melching says. â€œItâ€™s the small band of heroes racing against time, and while you may think theyâ€™ll accomplish the mission, you still wonder if theyâ€™ll all make it out alive.

â€œThese are the great stories to tell â€“ stories of bonding and heroism and sacrifice, and this was a particularly great opportunity to have Anakin and Ahsoka working together and coming together as a team, getting to know each otherâ€™s strengths and weaknesses in the throws of battle.â€

Melchingâ€™s Hollywood lineage dates back to his grandfatherâ€™s assistance in building the enormous King Kong hand that would eventually grasp Fay Wray in the 1933 film classic. Seeing 1977â€™s Star Wars: Episode IV A New Hope as a 9-year-old in a small Honolulu theater only reinforced his path. A self-proclaimed Air Force brat with a laundry list of â€œhometowns,â€ Melching made his way to USC School of Cinematic Arts because, as he says, â€œthatâ€™s where George (Lucas) went.â€ Though heâ€™s an established top writer for animation, Melching gained the attention of the Star Wars universe with his work on Troops, the popular Internet parody that melds Star Wars with TVâ€™s Cops.

â€œI grew up loving all Star Wars, so I was always using my imagination to come up with these various characters and universes,â€ Melching says. â€œTo do it professionally, itâ€™s good to come from a place of deep knowledge of the material, but you do have to separate yourself enough to tell a clear story that isnâ€™t mired down in insider minutiae. The story must appeal to a broader audience, not just the hardcore fans.â€

STAR WARS: THE CLONE WARS airs at 9 p.m. Fridays on Cartoon Network. Dave Filoni is supervising director, George Lucas is the seriesâ€™ creator and serves as executive producer, and Catherine Winder is producer.