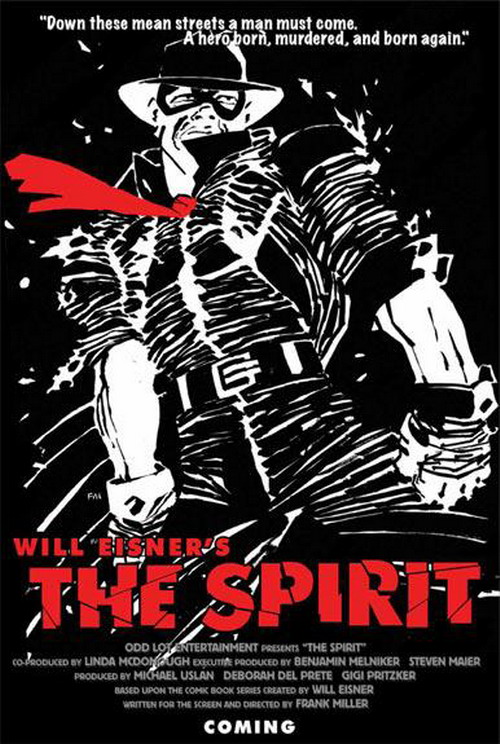 Dark Horse Comics has announced it will release merchandise and collectibles based on the upcoming Frank Miller movie adaptation of Will Eisner’s The Spirit.Â  First up is a bust, based on the likeness of Gabriel Macht, who plays the title character for the movie.Â  Dark Horse is following that up with The Spirit Statue, a snow globe, and a journal, so you can write down all your deepest secrets.

Take the jump for images, and solicitation information on each item. 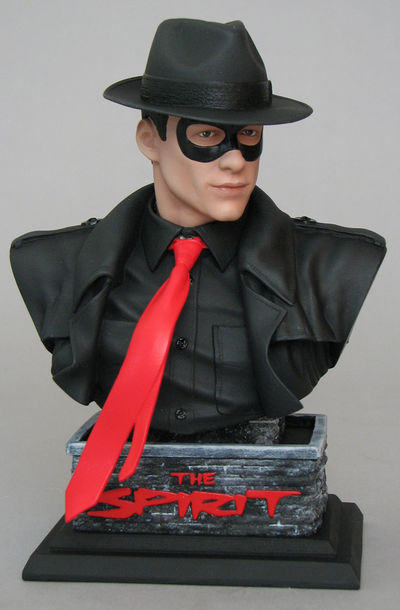 The bust, which is the latest example of what is now a well-established area of modern collecting,Â  measures 4.30″WÂ  XÂ  3.15″DÂ  XÂ  6.00″H . Packaged in a protective foam cube in deluxe color packaging, this piece is a hand-numbered limited-edition of only 750 copies for worldwide distribution.Â  The manufacturerâ€™s suggested retail price isÂ  $59.99 and The Spirit Movie mini-bust is scheduled to release on January 28, 2008.

The Spirit Statue presents the masked avenger in full figure (1:7 Life Size).Â  The dimensions measure 11.21″WÂ  XÂ  7.34″DÂ  XÂ  8.5″H. Peering over a rooftop of Central City, The Spirit is poised and ready to spring. Sculpted by Kolby Jukes, this piece is also a numbered limited-edition of only 750 copies for worldwide distribution, with a manufacturerâ€™s suggested retail price of $199.00.Â  It will be released on Christmas Day. 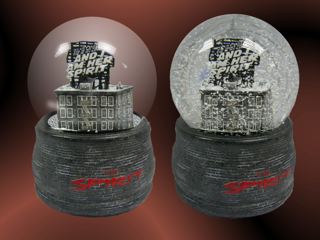 The continual snowfall is a graphic theme in The Spirit, as it as often been in Frank Millerâ€™s graphic stories, and creates a visual atmosphere that oozes drama. Therefore, it was not hard to imagine a beautiful snow globe that would capture and reproduce the effect.Â  Central City, as depicted in the film, essentially becomes one of the main characters. The detail was focused on the buildings and fire escapes, and the movieâ€™s tagline acts as a rooftop sign. A high-quality 120mm glass sphere encases a liquid sky that is spackled with a miniature flurry of white. Crafting the miniature environment was a technical challenge for Dark Horse and sculptors Jukes and Hartvigson, but the result is a unique collectible that is fascinating. Limited to only 500 pieces, packaged in a foam cube in color packaging, The Spirit Movie Snow Globe has a manufacturerâ€™s suggested retail price of $99.99, and will be available in retail stores in late November. 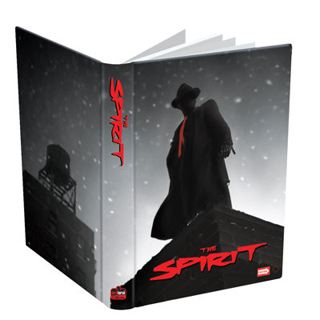 Long known for itâ€™s modern artist journal and stationery line, Dark Horse Deluxe has come up with a new journal for The Spirit. A moody silhouette of the hero stands against a snow-spackled night sky.Â  This cover is enhanced with a dozen or so tiny lighting elements concealed inside the journalâ€™s cover. When activated by a hidden on/off button, the colored jewels in the snowflakes swirling around The Spirit light up as if under a streetlight on an urban winterâ€™s night. The journal itself is 5 1/2″ x 8 1/2″, with 128 interior pages suitable as a compendium of the owner’s secret thoughts . A logo-lettered book spine conceals spiral binding. The publication date for this item is December 6, 2008, just in time for the film release. The manufacturerâ€™s suggested retail price isÂ  $14.99.