Kirkman Promises On Time in ’09

By Stephen Schleicher on October 2, 2008 6 Comments 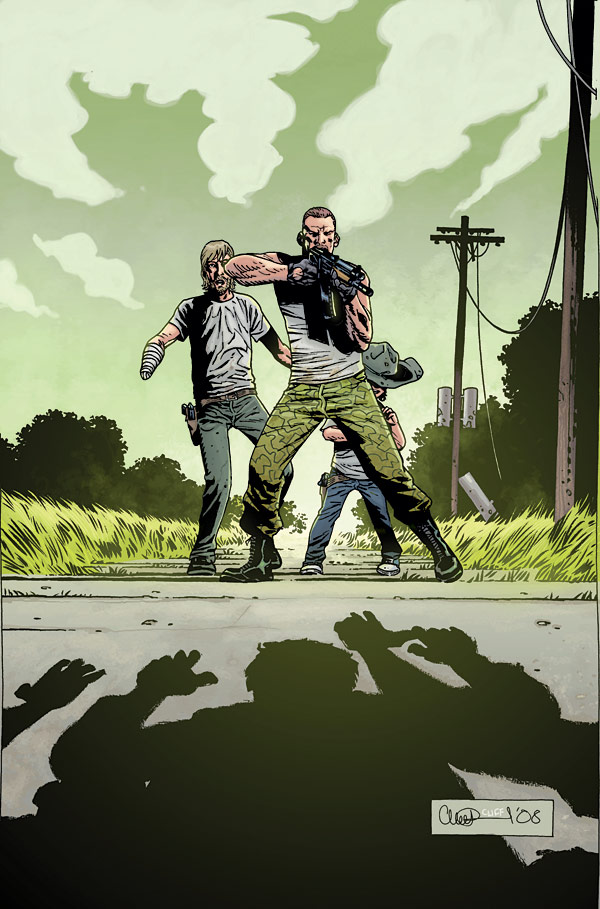 I know there areÂ  Major Spoilerites who have been decrying Robert Kirkman’s shipping schedule (you know the one that is never on time).Â  Well, Kirkman promises he’s going to change in 2009, by getting his titles out on time.

“That’s right, kids, this time it’s for real,” said Kirkman. “Every single one of my titles – WALKING DEAD, INVINCIBLE, ASTOUNDING WOLF-MAN and BRIT – will now be guaranteed to ship by their solicited date. This isn’t an empty promise and I’ve taken that extra step of hiring Aubrey Sitterson, an editor for my entire line, a guy you may know from his days at Marvel.”

In regards to Mr. Sitterson, he’s been quietly working with Kirkman these last couple of months to get him whipped into shape.

Sitterson said, “I spent years wrangling Robert at the House of Ideas. Now, I’m champing at the bit to crack the whip and mix whatever metaphors necessary to get every last one of his books out on time – no exceptions and no excuses!”