Legion of Super-Heroes Comes to an End 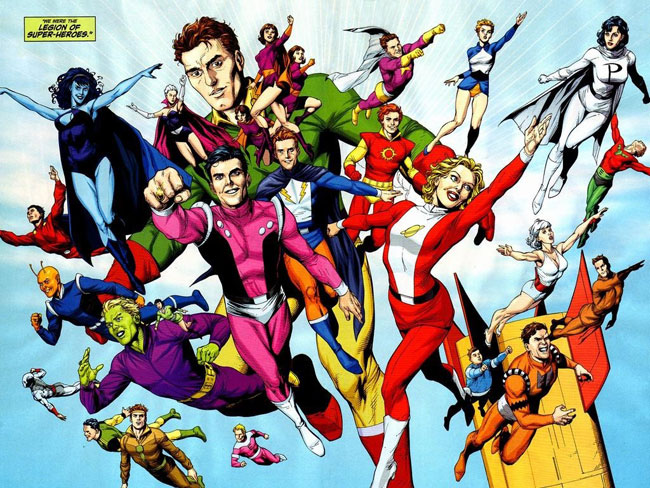 DC has announced that the current run of the Legion of Super-Heroes will come to an end with issue #50.

“We’re going to bring a close to the Legion of Super-Heroes now,” said DC Senior VP and Executive Editor Dan DiDio. “There’s a lot going on with the characters. I thought that [writer]Jim [Shooter] and [artist]Francis [Manapul] have done a terrific job with the series, and ’50’ seemed like a really nice number to bring this series to a conclusion.”

According to Dan DiDio, the Legion won’t be going away – especially after the events of Legion of Three Worlds – the company is just giving the characters a rest until something definitive can be decided.Â  But don’t think that Geoff Johns will be taking over the writing duties, Newsarama reports that Johns is just too busy writing every other title in the DC Universe to take on another project.

I’m telling you, something strange is afoot at DC Comics.Â  First Minx, now LoSH, and I’m betting Jonah Hex, and Blue Beetle are soon to follow.Â  I can understand low sales causing a title to be canceled, but Legion was ranked in the Top 100 titles for August 2008.

What version of the Legion of Super-Heroes would you like to see resurrected when DC finally decides to reboot the Legion… again?