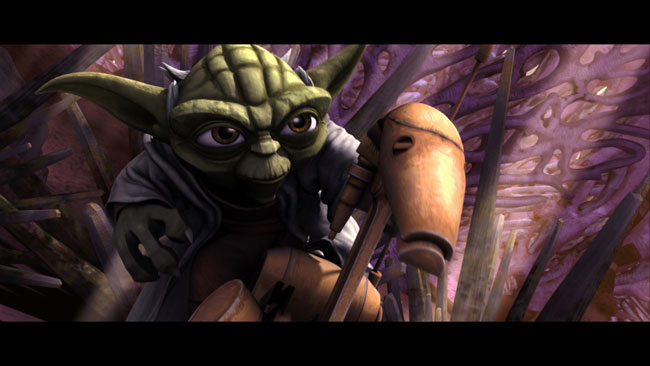 If you didn’t see it in the theaters, you have another chance as Star Wars: Clone Wars makes its debut on the Cartoon Network next Friday, October 3, 2008.

In the first episode, â€œAmbush,â€ Jedi Master Yoda and three clone troopers must face off against Count Dookuâ€™s dreaded assassin Asajj Ventress and the massive Separatist droid army to prove the Jedi are strong enough to protect a strategic planet and forge a treaty for the Republic.

If you liked Justice League: New Frontier, you should check this new series out as it is written by David Bullock.

Ten Things: The Supers of Earth-D