By Stephen Schleicher on September 25, 2008 2 Comments

Diamond Select Toys will bring Frank Miller’s interpretation of Will Eisner’s The Spirit characters to Minimate form in 2009.Â  The company has announced a four character box set, and a Previews Exclusive two-pack, and Major Spoiler has the pictures and info, after the jump!

Diamond Select Toys will release Minimates based on both the Eisner-penned comic and the modern retelling.Â  The debut release will feature core characters as they appear in the big-screen Spirit feature opening this Christmas Day – including the Spirit (Gabriel Macht), former sweetheart Sand Saref (Eva Mendes), the twisted Silken Floss (Scarlett Johansson) and the maniacal Octopus (Samuel L Jackson)!Â  A special Diamond Previews exclusive Minimates two-pack featuring the Spirit and Sand Saref will showcase some of the duo’s alternate looks. 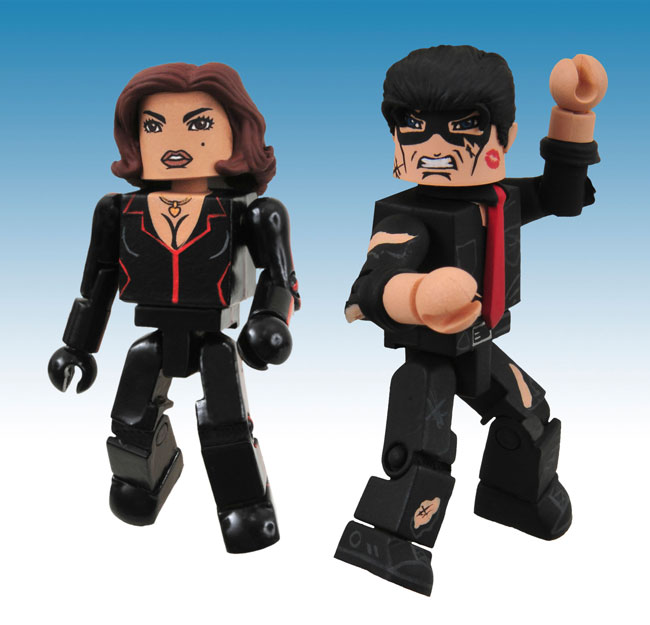 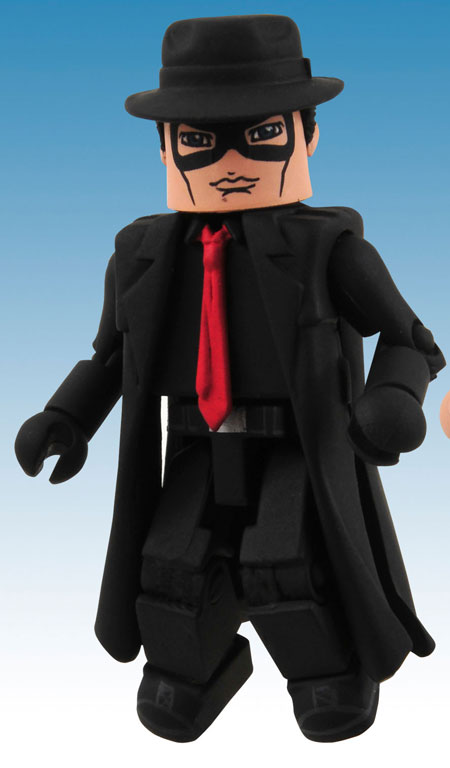 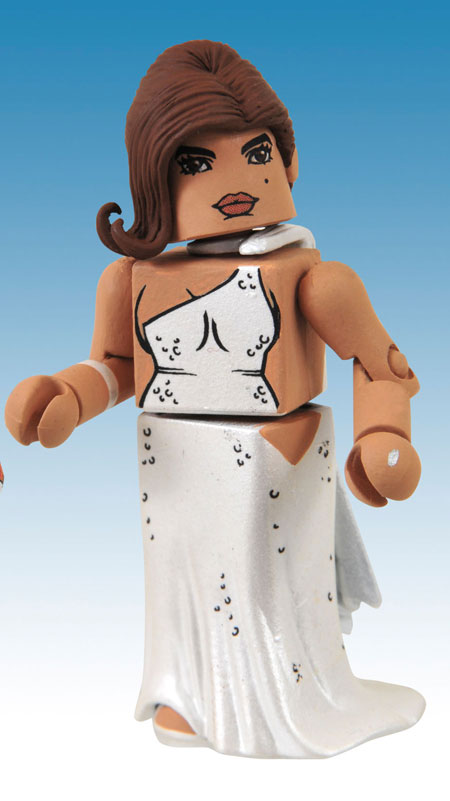 That’s pretty cool that not only will we get to see Frank Miller’s take on the Spirit in Minimate form, but a Will Eisner collection is also in the works.Â  The sets will appear in stores shortly after the movie makes its debut.