Yeah, it’s been well documented, both in the Marvel Comics and on the Colbert Report, that Stephen Colbert is a nut for Marvel.Â  Now the Marvel U presidential candidate gets to team up with Spider-Man in Amazing Spider-Man #573.

Acclaimed writer Mark Waid and fan favorite artist Patrick Olliffe present Stephen Colbert, a candidate for the US Presidency in the Marvel Universe, teaming up with Marvelâ€™s most iconic crime fighter. What could bring these two together? And what will it mean for both their futures? This issue also features a special Colbert variant by Marvel EiC and industry superstar Joe Quesada! Plus, donâ€™t miss the stunning conclusion to the sold out â€œNew Ways To Dieâ€ from the dream team of Dan Slott & John Romita Jr! 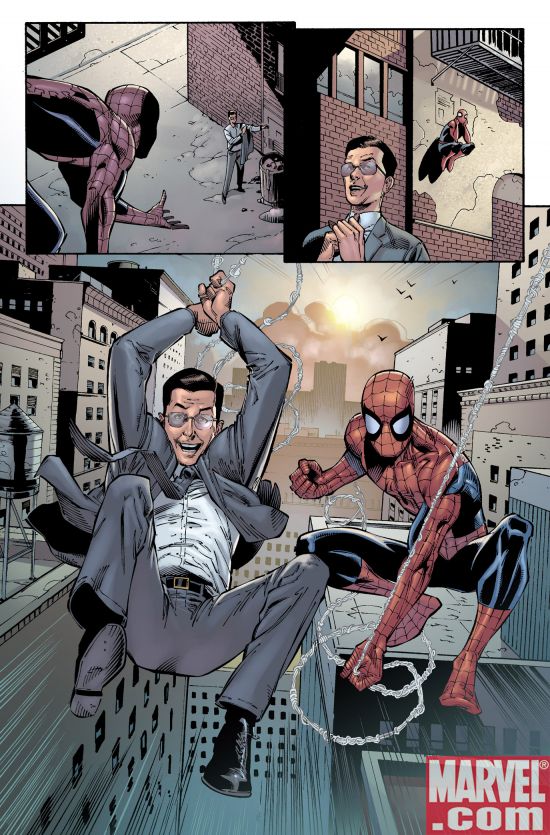 When does Major Spoilers get to make an appearance in a Marvel title?Â  After the events of last October, my guess is never…