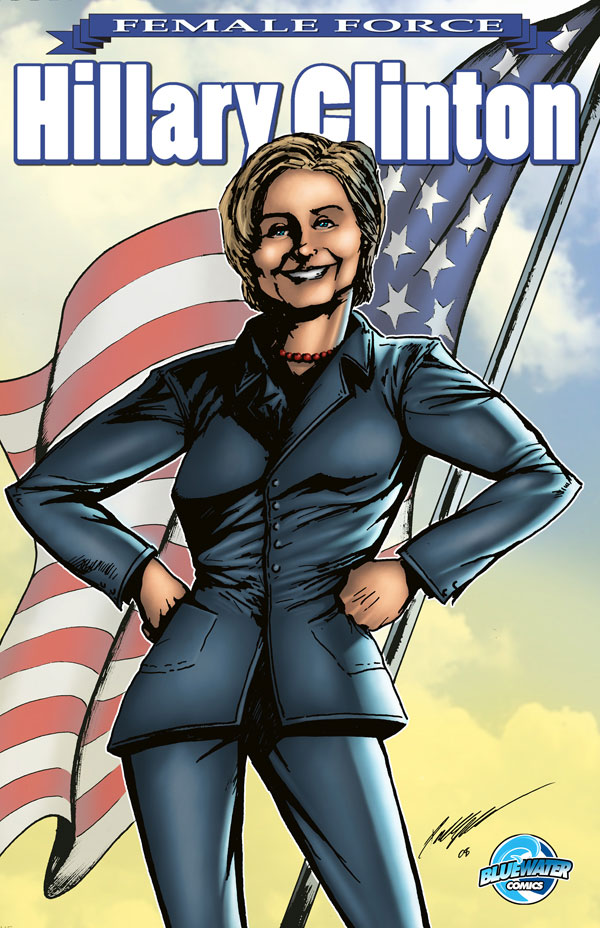 Here’s a title that totally surprises me, but what the heck, there’s already comics about Obama and McCain, so I guess I can roll with the announcement from Bluewater Productions of a Hillary Clinton biographical comic.

â€œWeâ€™re excited to bring this book to the table,â€ says Bluewaterâ€™s Vice President Jason Schultz.Â  â€œThere are a couple comics focusing on John McCain and Barack Obama, we wanted to feature Hilary who broke all the rules in this election and made historyâ€

This 32-page comic book will be telling the story of her life, â€œFemale Force: Hillary Clintonâ€ will explore both sides of the issue, from her positive contribution to the new feminist ethos to the detractors who argue against her attempt to secure the nomination to the bitter end. Though the battle for the presidency now comes down to John McCain and Barack Obama, interest is still strong and steadfast for what might have been the first female presidential nominee in history. Join Bluewater Productions as we examine the enigma of Hillary Clinton.

This issue is expected to arrive in January 2009.