Captain Trips Back to Press

By Stephen Schleicher on September 24, 2008 0 Comments 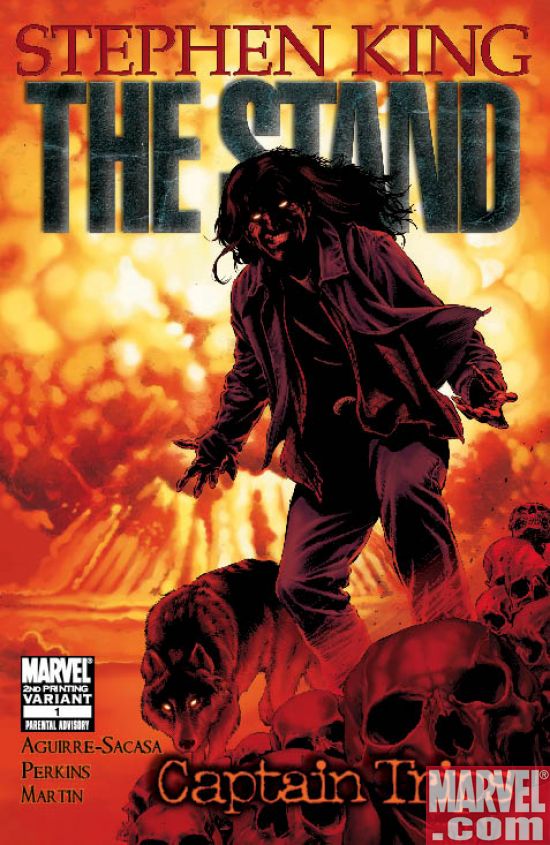 The Stand is easily one of Stephen King’s best selling novels of all time, so it is no surprise fans are flocking to the Marvel adaptation causing the first issue of the Captain Trips story to sell out at the distributor level.Â  Marvel has announced it will be going back to press to get more copies in the hands of readers.

If you haven’t read the first issue, be prepared for some pretty creepy imagery as Captain Trips spreads from person to person as the first hint of the apocalypse begin.Â  If you can’t wade through a thousand page novel, I think this adaptation is going to be really good.