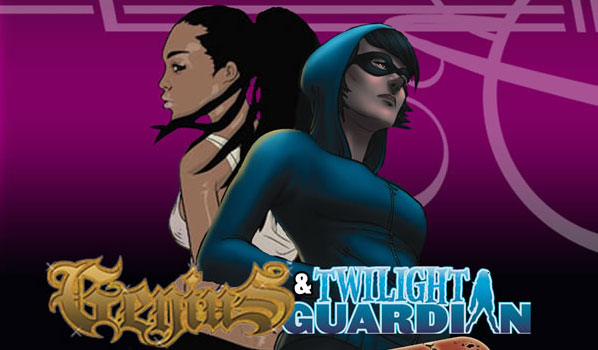 Top Cow has announced the winners of the 2008 Pilot Season event is none other than Twilight Guardian by Troy Hickman and Reza, and Genius by Marc Bernardin and Adam Freeman, with art by Afua Richardson.

Twilight Guardian is about an average woman with a particular kind of OCD that drives her to patrol a nine-block area in her neighborhood every night, and about the other â€œnight peopleâ€ and situations she encounters because of it.

Genius asks the question, â€œAlexander, Hannibal, Napoleon, Patton. What if the greatest military mind of OUR generation was a 17-year-old girl who grew up on the tough streets of an urban war zone?â€ Both books resonated with a majority of the voters and their creators are ecstatic, excited and even surprised.

â€œHoley crullers! I really donâ€™t know WHAT to say,â€ said Troy Hickman. â€œI feel like I did once at a convention years ago when I somehow wound up on an elevator with Mr. Curt Swan, and I remember thinking, â€˜Somethingâ€™s gone terribly wrong. Theyâ€™ve accidentally let me on the IMPORTANT elevator!â€™ The creative teams on the other Pilot Season comics are just terrific, some of the most talented people working in this, or any, medium, and I feel so proud to even be included in this competition. And big congrats to Genius for winning the other spot!â€

Both Twilight Guardian and Genius will end up in series format beginning in 2009.