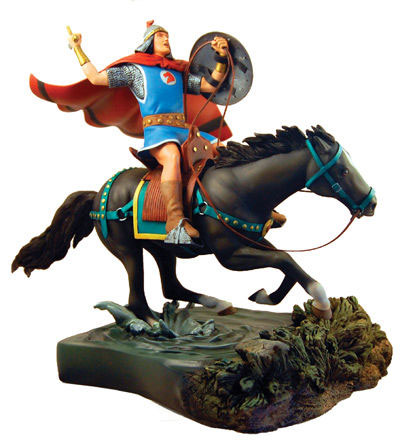 ReelArt Studios and Dark Horse Comics have announced it will release a new statue based on Hal Foster’s Prince Valiant.

Beginning in 1937, when it first appeared as a full tabloid page in the nationâ€™s newspapers, this meticulously crafted ongoing adventure has continued to run weekly, winning worldwide acclaim for its detailed realism and heroic scope.

At the heart of the story is a nordic prince who comes to Camelot, and befriends Merlin, Arthur, and his fellow knights. Armed with the magical â€œsinging sword,â€ he sets forth on a neverending adventure that has thrilled generations of readers.