Bluewater Teams with The Shatner

By Stephen Schleicher on September 16, 2008 2 Comments 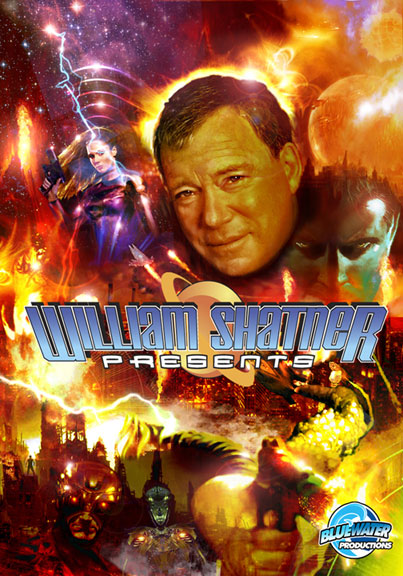 Bluewater Productions has announced a partnership with William Shatner to develop four comic titles based on his sci-fi novels.Â  The books included in the deal are The TekWar Chronicles, Quest for Tomorrow, Man O’ War and a yet unnamed titles Shatner is creating exclusively for Bluewater.

â€œMr. Shatner is a savvy businessman and a creative mastermind.Â  Weâ€™re honored to be partnering with him and are confident our efforts will create comic books both his fans and ours will embrace,â€ said Bluewater publisher Darren G. Davis in a prepared statement.

Of all the titles announced, audiences are probably most familiar with the TekWar series, first adapted by Marvel in the ’90’s, and then as a television series for the Sci-Fi Channel that ran from 1994-1996.

The books showcase a hard-boiled private eye story set in the 22nd century.Â  The plot revolves around an ex-policeman protagonist whose quest is to track down a missing scientist whose invention could win the war against the insidious computerized drug known as “Tek.”

TekWar Chronicles will be an on-going series, while the other three will be made into mini-series.

The four books will launch under the “William Shatner Presents” banner in the first quarter of 2009.