About that All-Star Batman and Robin Recall 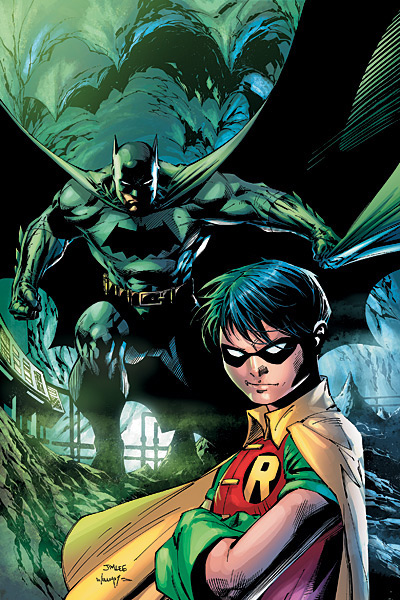 As many of you saw this week, DC issued a recall of the Frank Miller/Jim Lee All-Star Batman and Robin issue, citing printing errors.Â  Any issues that may have “accidentally” reached the local comic shops were supposed to be destroyed.Â  The printing error in question had to do with a couple four letter words and the dark censor bar that just wasn’t dark enough to block out those words.

When you send out an announcement like that, two things are bound to happen; A) LCSes that want to make a fast buck are going to sell the issue for 10 times the cover price, and B) the offending errors are going to show up on the Interweb’s Net.

Yes, we were aware of what the words were earlier this week, but were waiting for the actual pages to surface.Â  You can see one of those panels after the jump.Â  Oh, and if you are under 18, don’t click that More link, because after all, we wouldn’t want you exposed to anything that might be offensive – although I’m pretty sure your walk/ride to school in the morning is filled with worse language than what is presented in this issue. 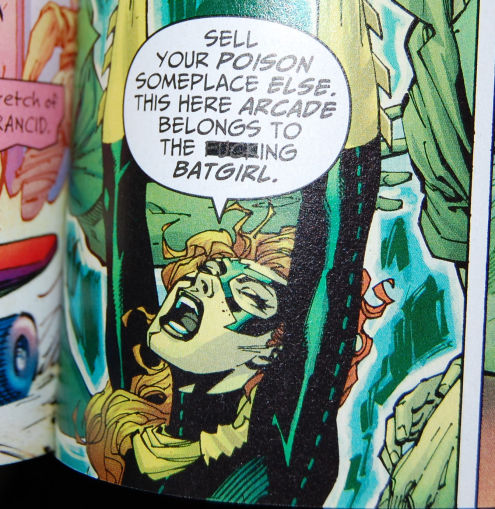 The other offending word starts with C and ends in a T and I’m not talking about CAT.

goddamn Batman and fucking Batgirl, now there’s a title I’d by week after week.Â  I know there are those of you that absolutely hate All-Star Batman and Robin, and I used to feel the same way, but I’ve since turned around and really dig this series.

What do you think?Â  Was DC correct in recalling the issue, or should it have just let it slide?Â  On the one hand, the issue hasn’t sold gang-busters, but on the other, once the issue slips into the hands of some parent group, DC would be in deep trouble.