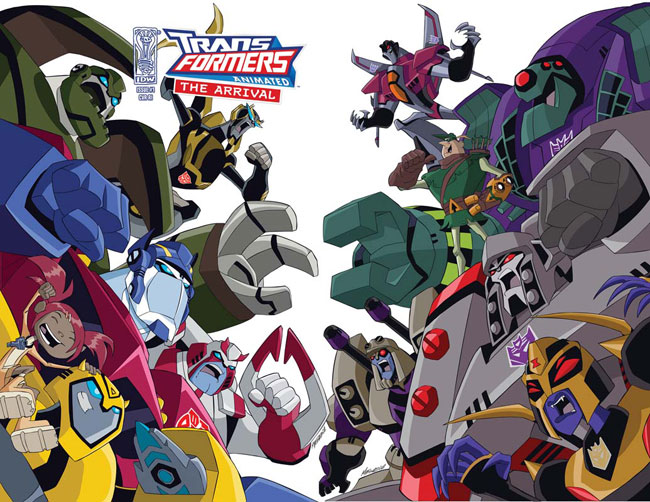 IDW is releasing a new five-issue series based on the continuity of Cartoon Network’s Transformers animated television show.

In â€œDispatches,â€ Animated series head writer Marty Isenberg, along with artist Dario Brizuela take a brand-new look at the story behind the AUTOBOTSâ€™ arrival on Earth. Youâ€™ve seen the Animated movie, but do you know the whole story? You will as ULTRA MAGNUS, SENTINEL PRIME, STARSCREAM, BLACKARACHNIA, and many more tell their sides of the story that started it all! The TRANSFORMERS Animated series will also feature OILSLICK, who was originally intended to be a toy-only character, but the creators found a place to fit him into the comic.

Transformers Animated: The Arrival #1 will sell for $3.99.