By Stephen Schleicher on September 1, 2008 0 Comments 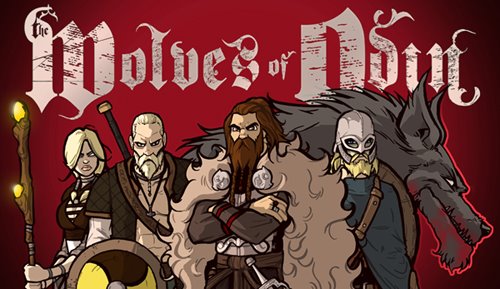 Vampires v. Werewolves, Frankensteins v. Vampires, Robots v. Zombies… how about Vikings v. Werewolves?Â  That’s the premise behind Super Real Graphics upcoming release The Wolves of Odin.Â  The company has provided a sneak peek of the issue, that you can see after the jump.

The rise of Christianity amongst the north-men has frustrated Odin, Father of the Norse Gods. Out of jealousy and anger, he has transformed three of his most loyal berserkers into unstoppable beasts, and set them loose upon his traitorous Â“followersÂ”. Thor, God of Thunder, takes it upon himself to challenge his fatherÂ’s madness by aiding a loyal warrior of his own – the Viking Tyr.Â  Along with the help of a witch and two strangers, Tyr must face the wolves and realize his own destiny. The Wolves of Odin is a stout brew of fantasy storytelling, werewolves, and Norse mythology.

The issue arrives in September 2008.