New Impaler on the Way, First Trade in October

Top Cow has announced the first volume of its Impaler trade will arrive in October, with a new sereis hitting stores in September.

In Impaler, a derelict cargo ship is found adrift offshore during a terrible blizzard in New York City. When New Yorkâ€™s Finest is sent to investigate the missing crew, an unspeakable horror is unleashed that quickly spreads all over the snow-covered borough, as a vampire plague quickly moves through the cityâ€™s population. The peopleâ€™s only hope lies in Vlad Tepes, the real-life historical inspiration for the vampire legend, Dracula. Vlad the Impaler arrives to defend the city from the ever-growing vampire horde, but how much can one man do against an army of thousands?

â€œOne of the nice things about having the break between the Image series and the new series is that it really gave me time to nail down where the story is headed,â€ revealed creator William Harms. â€œI have the next couple arcs already plotted, and I think fans of the book will really dig where things are going.â€

The ongoing series will feature art by Matt Timson.

Cover art after the jump. 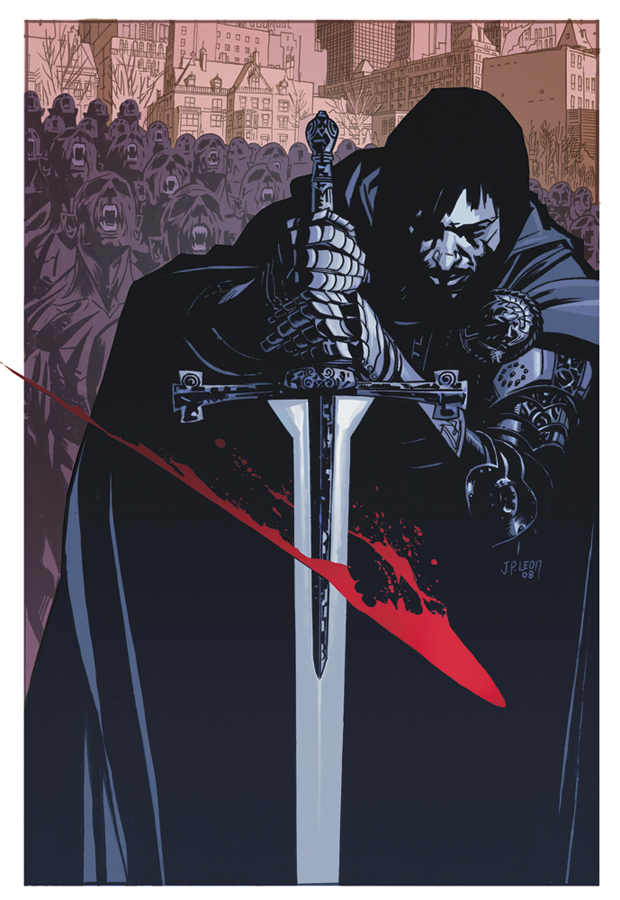