Cruise and Raimi to Adapt Sleeper 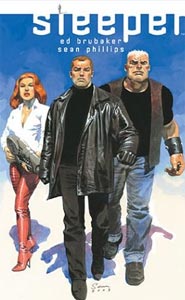 The Hollywood Reporter has Tom Cruise and Sam Raimi teaming up to adapt DC/Wildstorm comics Sleeper for the big screen.

Written by Ed Brubaker with art by Sean Phillips, “Sleeper,” which ran from 2003-05, centers on an operative whose fusion with an alien artifact makes him impervious to pain and allows him to pass it on to others through skin contact. He is placed undercover in a villainous organization by an intelligence agency and falls for a member of the group, named Miss Misery.

While it is still up in the air on if Cruise will mearly producer or if he’ll take a staring role, it could very well end up being another franchise film for Warner Bros.