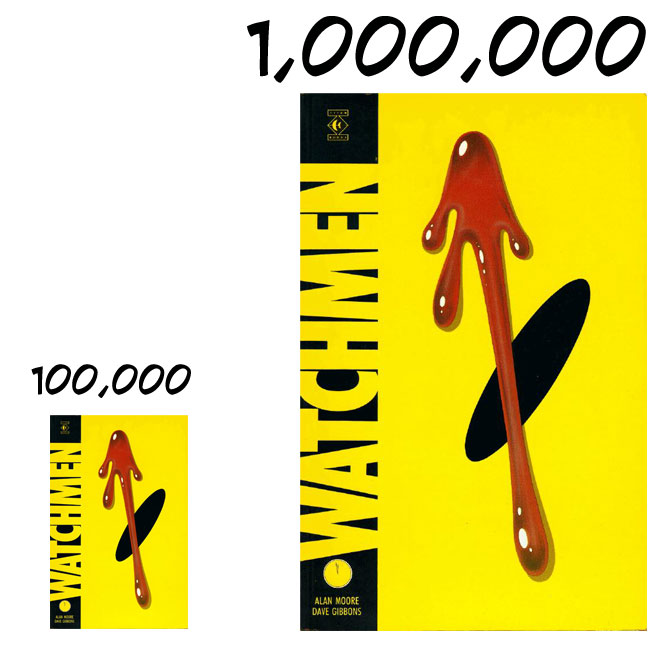 According to the New York Times, the Watchmen Trailer Effect continues to affect the number of copies DC is releasing to meet demand.Â  According to DC’s Paul Levitz, the Watchmen trade paperback will reach over one million copies before the end of the year compared to last year’s print run of 100,000 copies.

Even with all the printings, the Watchmen trade fell three spots to number 18 on the USA Today best seller list, and down to number 10 at Amazon.com.