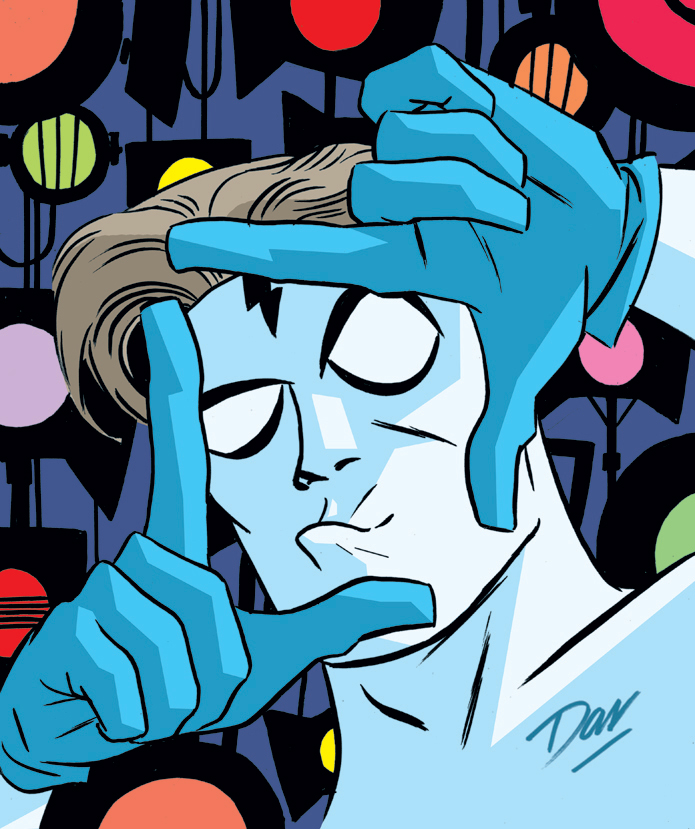 Image Comics has announced that Madman Atomic Comics #14 will feature a collaboration between Darwyn Cooke and J. Bone.

“Darwyn and I are like twins separated at birth,” Madman creator Mike Allred said in a prepared statement. “We dig all the same things and get ridiculously excited about whatever we’re working on.Â  We also throw fits whenever we’re told ‘no’ by ‘the Man’, and, sometimes to our detriment, have a ‘burned earth policy’ when it comes to doing a project the way we want.Â  Fortunately, we usually get the support needed to build our visions, and MADMAN ATOMIC COMICS is a prime example of that.Â  Image Comics could not be more supportive in their backing me up with all my crazed paper dreams in MADMAN ATOMIC COMICS.Â  They’re just as jazzed as I am to invite Darwyn and mutual pal, and cool genius, J.Bone, on MADMAN ATOMIC COMICS #14!”

The duo will deliver, “Madman: The Movie,” which takes Frank Einstein and company down the treacherous road to Hollywood as a film studio intends to loosely adapt Frank’s life story with some very strange results.Â  The 32-page issues arrives November 19, 2008 for $3.50.