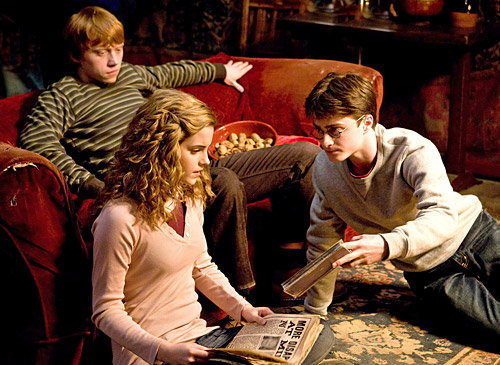 Sorry Potter fans, you’ll have to wait until next summer to watch Harry Potter and the Half Blood Prince.Â  The movie was originally scheduled to open just before Thanksgiving (November 17), but because of the writer’s strike, there aren’t any good tent-pole films for Warner Bros. next summer.

“Like every other studio, we are still feeling the repercussions of the writers strike, which impacted the readiness of scripts for other films-changing the competitive landscape for 2009 and offering new windows of opportunity that we wanted to take advantage of,” he said. “We agreed the best strategy was to move ‘Half-Blood Prince’ to July, where it perfectly fills the gap for a major tent pole release for mid-summer.”

The company had tried to get the Justice League movie into production before the strike so it would be ready next year.Â  Potter will now open July 17, 2009.