Black Panther #39 Reprint on the Way

With the Skrull invasion spilling over into all the Marvel titles, the invasion of Wakanda has enough readers sitting up to watch the action that Black Panther #39 sold out at the distributor level, prompting Marvel to go back to print with a new issue, featuring a variant cover by Jefte Palo. 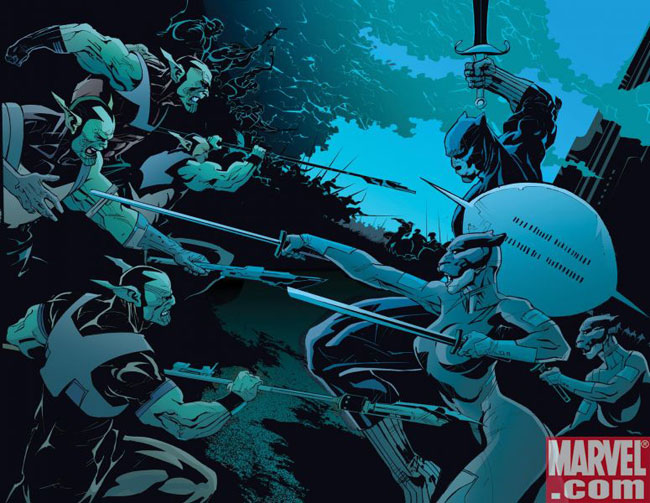