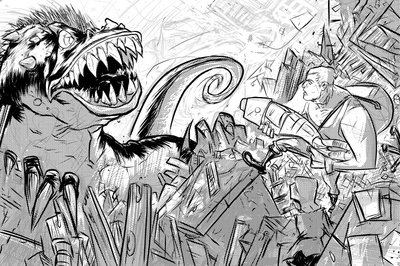 Disney has announced it has acquired the rights to the graphic novel Monster Attack Network by Mark Bernardin and Adam Freeman.Â  MAN takes place on a Pacific island populated by giant monsters and the team of adventurers that deal with them.

The film will be produced by Jason Netter, who produced this summer’s Wanted.