By Stephen Schleicher on August 1, 2008 0 Comments

With the new direction Image Comics’ Invincible took in issue #50, one would expect the sales to drop off a little bit, but according to creator Robert Kirkman, that’s not the case.

“It’s tradition for the issue after a milestone like fifty to taper off, but it certainly wasn’t the case here,” said Kirkman. “In fact, the combination of INVINCIBLE’s new costume, new sidekick and the totally kick-ass cover by Jim Lee made this the best selling issue yet. Having this sell so well after we blew through issue fifty showed me the series is healthier than its ever been.”

Image has gone back to press once already on the issue that features interior art by series artist Ryan Ottley and cover by Jim Lee, but there’s no word if the reprint has sold out or not.Â  Issue #51 arrives in August, and you can see the cover after the jump. 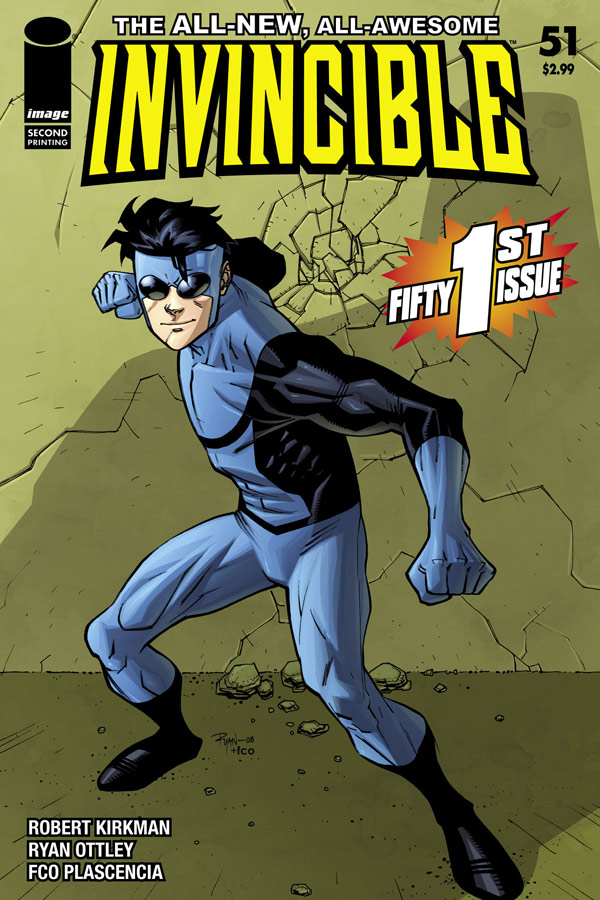