Friend of Major Spoilers, and You’ll Have That’s creator Wes Molebash ventured forth to San Diego with the rest of the Viper Comics crew and shared some of his pics from the event. 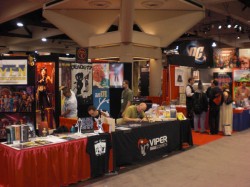 The Viper Comics Booth on the show floor 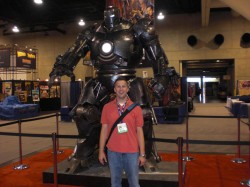 Wes in front of the Iron Monger display 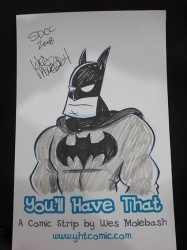 Wes did a ton of sketches at the show, here’s his take on Batman 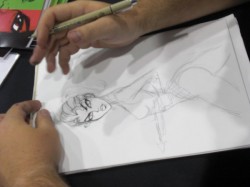 Josh Howard sketches away at the booth. 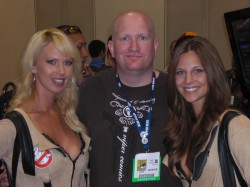 Scott Zirkel with a couple of attractive Ghostbusters. 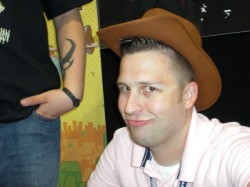 Here’s Wes goofing around in the booth. 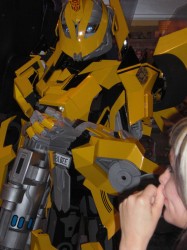 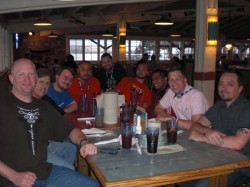 The crew from Viper Comics kicking back

Thanks for sharing Wes!Â  You can see the rest of Wes’ show pics over at his brand new You’ll Have That website.

Do you have any pics to share from the show?Â  Contact us, and we’ll get them up on the site for the world to see.