On the Next Major Spoilers Podcast – The Long Halloween 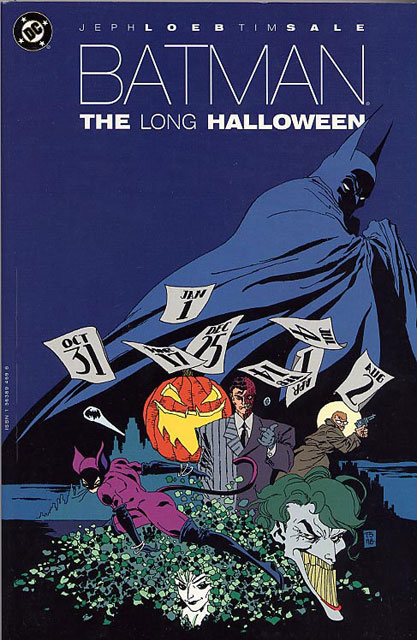 On the next Major Spoilers Podcast, the panel will review Batman: The Long Halloween.Â  Interestingly, Matthew will reference the original issues, Stephen the first softcover trade, and Rodrigo the Absolute edition.

Taking place during Batman’s early days of crime fighting, this collection tells the story of a mysterious killer who murders his prey only on holidays. Working with District Attorney Harvey Dent and Lieutenant James Gordon, Batman races against the calendar as he tries to discover who Holiday is before he claims his next victim each month. A mystery that has the reader continually guessing the identity of the killer, this story also ties into the events that transform Harvey Dent into Batman’s deadly enemy, Two-Face.

We want you to be part of the show!Â  Post your comments about the Loeb/Sale series below, and they may be included in the show.