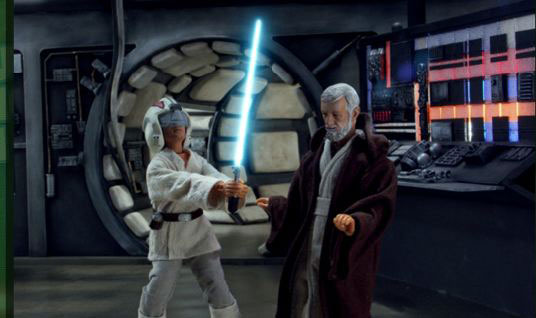 Many members of the voice cast from the first special, including original “Star Wars” actors Carrie Fisher and Billy Dee Williams — reprising their roles as Princess Leia and Lando Calrissian, respectively — are back. Also returning are Seth MacFarlane as Emperor Palpatine, Conan O’Brien as Zuckuss, Breckin Meyer as Admiral Ackbar and Boba Fett, and Ahmed Best as Jar Jar Binks. Green will voice several characters, including Ponda Baba. Joining the voice cast this time around is Andy Richter.

Don’t worry about missing the episode before school starts as Adult Swim isn’t planning on releasing the second installment until November 19, 2008.