I Kill Giants Reprint on the Way

Image Comics has announced the Joe Kelly and JM Ken Niimura’s I Kill Giants has sold out at the distributor level.Â  The company says it is going back to print with a very limited edition second printing.

“Having my return to creator owned storytelling sell out so quicklyÂ  is a fantastic feeling and is deeply appreciated,” Kelly said. “IÂ  KILL GIANTS is a very eclectic story, and it’s fantastic that it’s found an audience! Ken and I are very thankful to each andÂ  every one of our readers.”

The second printing will be a 24-page black and white comic that will arrive in August and sell for $2.99.

About I Kill Giants

I KILL GIANTS is the story of Barbara Thorson, a smart-mouthed, on the fringe, fifth grade girl with an extremely rich fantasy life in the D&D-type realm. Her fantasies are so rich that she’s convinced that she has a very important mission to complete: She has to kill a giant. The story follows Barbara as her fantasies and reality collide, and both begin falling apart. 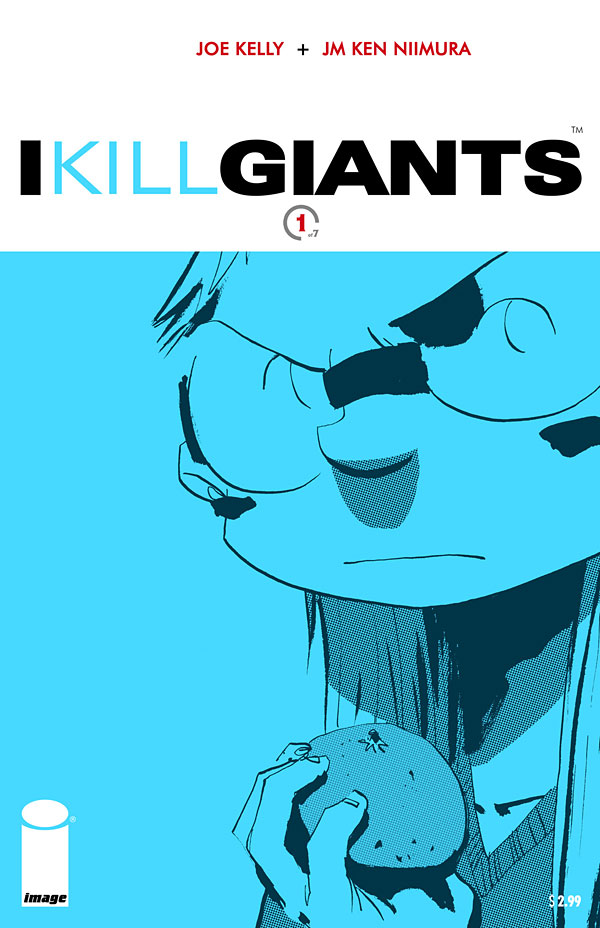