Become a Zombie at SDCC 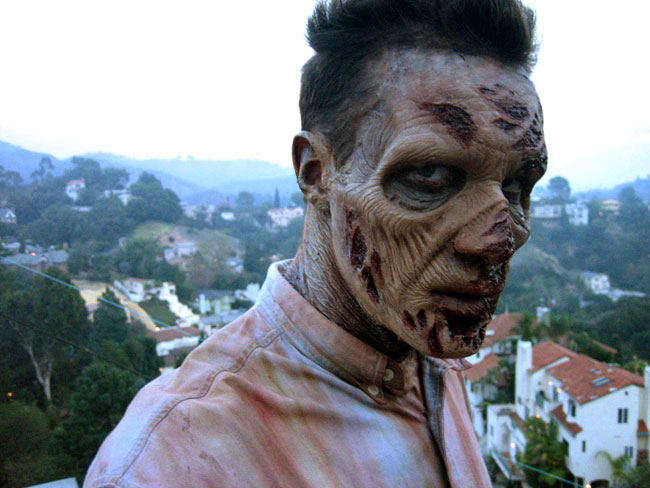 After a day at the San Diego Comic-Con I’ve seen people shuffling around in a daze almost like they were zombies.Â  This year, thanks to Boom! Studios, you can actually get made up to look like a zombie thanks to monster makeup artist John Wrightson.

What do you have to do to get this special treatment?Â  According to the company, simply buy a Boom! Studios Zombie t-shirt at the company booth (#2543).Â  The shirts cost $20 and feature the cover to Zombie Tales #3 by artist Shane Oakley.

“It’s the perfect plan!Â  People will be paying us to turn them into mindless drones who will follow my every whim!” said BOOM! Studios Editor-in-Chief Mark Waid.Â  “Soon, the world will be mine!Â  Don’t quote me.”