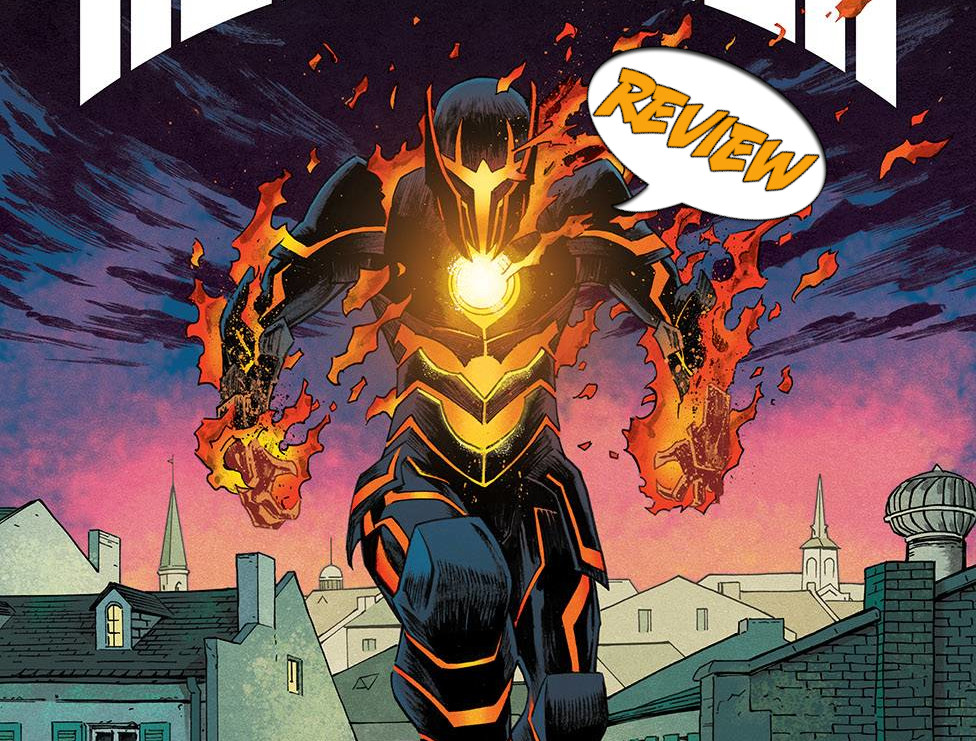 Rogue Sun was murdered, and his son must pick up the mantle. Can Dylan fill his father’s shoes? Find out in Rogue Sun #1 by Image Comics!

Previously in Rogue Sun: Check out a new series in the Image Comics Superhero Universe! Marcus is known as the hero Red Sun who protects the world from the supernatural. However, he picks a fight he couldn’t win, and someone must pick up his legacy.

Rogue Sun #1 begins with Red Sun, Marcus, fighting an unnamed villain. At first, Rogue Sun was winning, but this green hooded villain ultimately killed him. Meanwhile, Dylan returns home to his mom, who just received news that Marcus has died. Dylan and his Mom don’t have a good relationship with Marcus and are reluctant to read the will. They decide to get closure about the man who left them and plans to attend the reading.

They arrive at the mansion and meet Marcus’ current wife and kids. Dylan acts rude and unkind during the ordeal, while Marcus’ other kids seem to be waiting for something specific. As the will is read, Dylan inherits the Sun Stone, much to the frustration of his half-brother. Dylan, now with superpowers, goes out to stop crime but fights a villain with a rapier. Dylan has no control over Rogue Sun’s powers and is beaten up.

Rogue Sun #1 has a straightforward beginning. A father dies and leaves his powers to his estranged son. Dylan doesn’t like his father and seems to have trouble at school but accepts his newfound identity. A classic start to a new hero. What caught me was the visual aspects of the comic. I enjoy the character design of Rogue Sun a lot. All the other characters looked unique and had solid facial reactions to the written dialogue. The plot is relatively straightforward, but I think the art makes the issue spectacular.

This story will explore the theme of legacy and if Dylan is going to follow directly in his father’s shoes. Dylan hates Marcus, which is a crucial storyline to include in your comics. But I wonder how far they are going to take it. Is Dylan going to reject being a hero and become a villain? Is he going to get guidance and training? I don’t know, but I’m interested to find out.

I think Rogue Sun #1 is going to be a worthy pickup. It looks fantastic and has a decent premise. Once we get past the initial introduction and action bits, I am optimistic that this series will improve. 4 out of 5 for Rogue Sun #1.