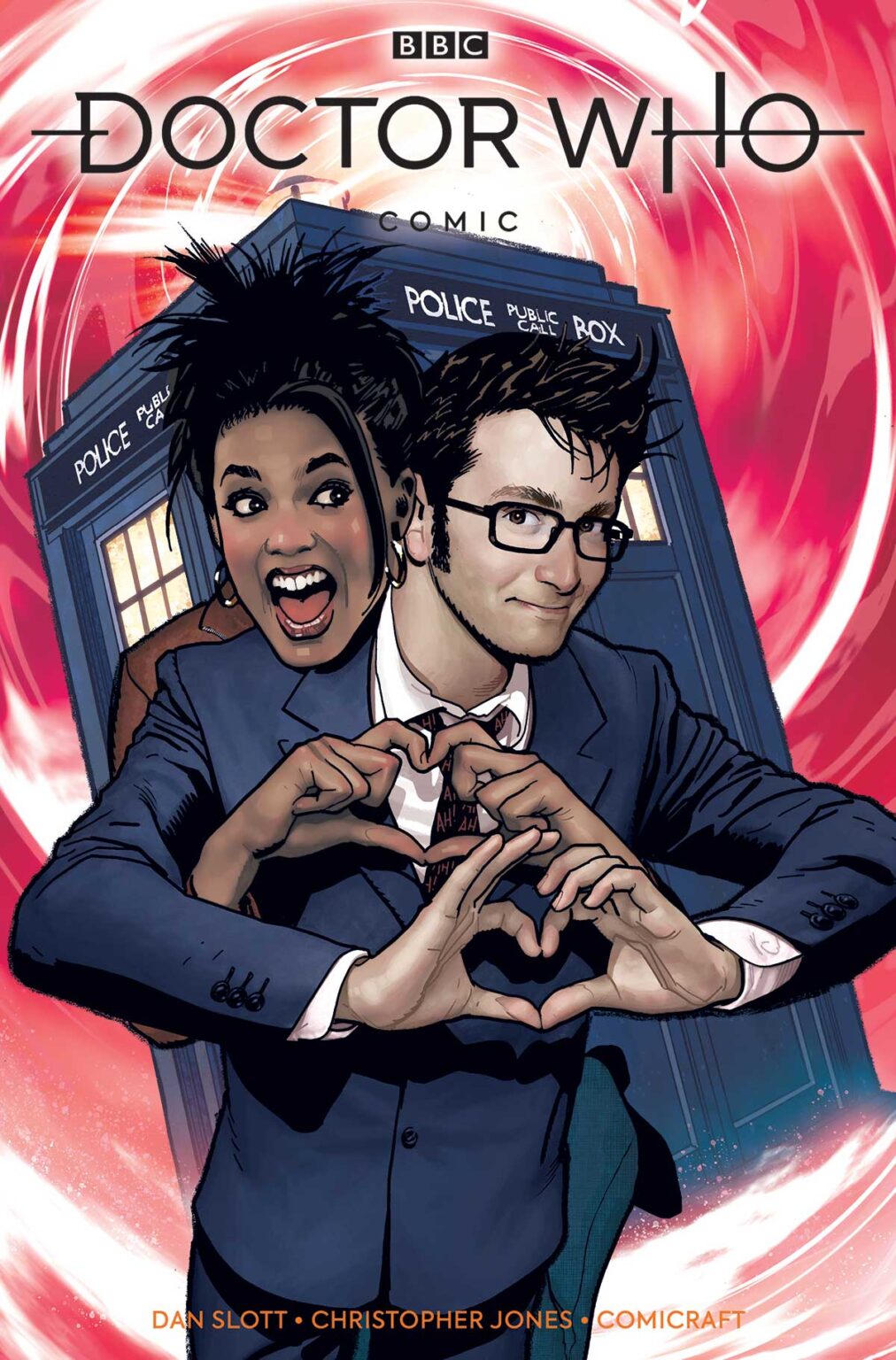 Adam Hughes covers Doctor Who in 2022

Ahead of the release of Doctor Who: Special 2022, Titan Comics has revealed the main cover for the issue by artist Adam Hughes. This is also the same issue that is written by Dan Slott.

Witness the incredible adventures of the Tenth Doctor like never-before!
Writer Dan Slott – known for his critically acclaimed work on Marvel Comics such as The Amazing Spider-Man, She-Hulk, Silver Surfer, The Superior Spider-Man, Tony Stark: Iron Man, The Mighty Avengers, and Fantastic Four – is set to delight fans with an epic story that sees companion Martha Jones captured by the insatiable Pyromeths, and her only hope for survival is to keep them distracted with sensational untold tales of the Tenth Doctor facing off against his greatest foes – both classic and new!”