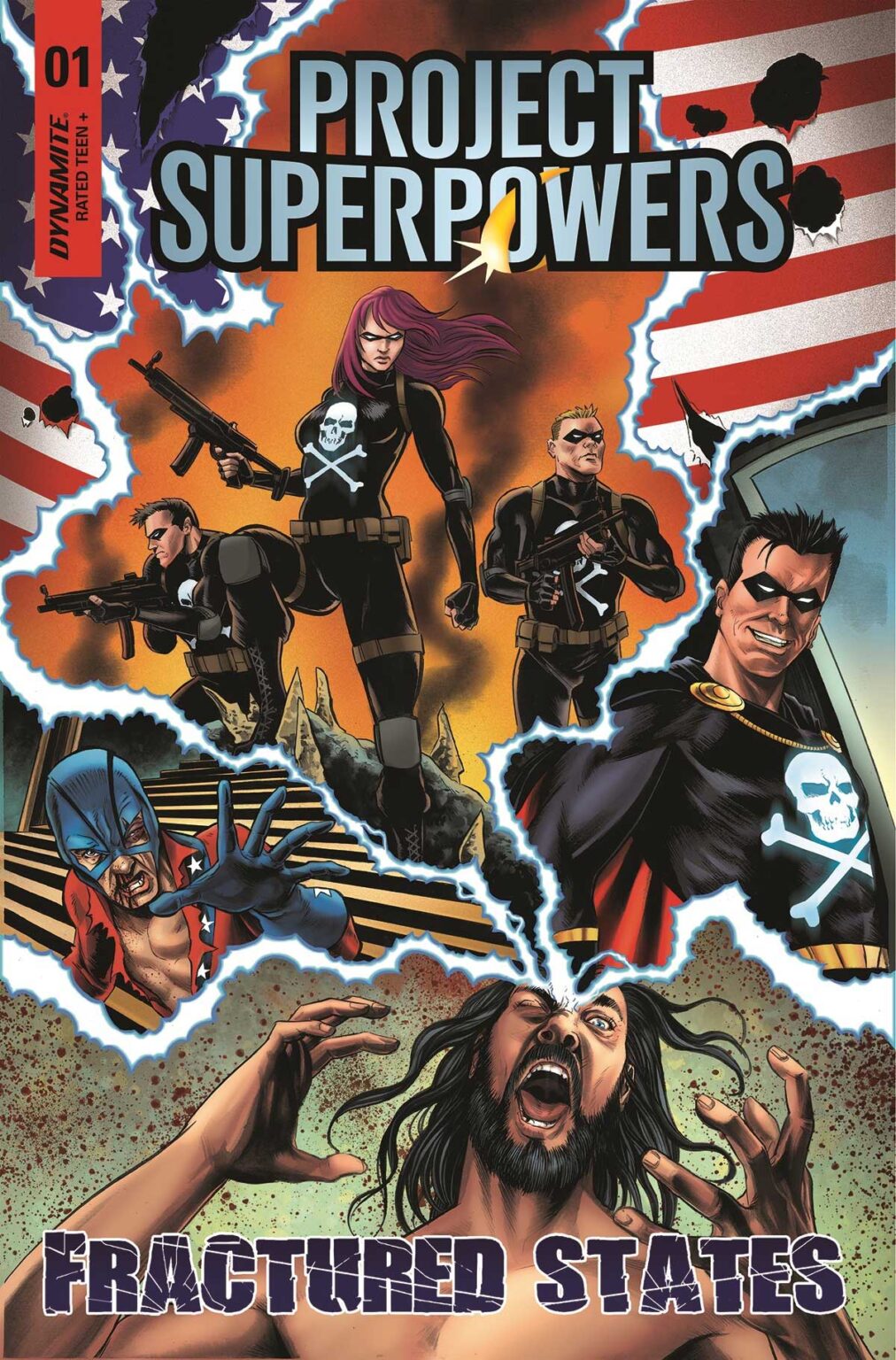 Dynamite Entertainment has announced that the Project Superpowers series is coming back and sending heroes to the far-flung future.

Writing the series is Ron Marz, who is joined by artist Andy Lanning.

In Project Superpowers: Fractured States, readers will follow a mysterious John Doe as he awakens in the year 2052. Without memories – or clothes – he will enter a United States ravaged by environmental disaster and fragmented into constantly warring regions led by superheroes, villains, and mega corporations. Can he figure it all out?

“When we were digging into the previous material, we noticed a plethora of patriotic characters,” said writer Ron Marz. “Obviously, that makes complete sense, as many of them date to the 1940s, when America was fighting real-world fascism. That seemed like a viable avenue to explore, since America is dealing with its own fascist impulses right now. It allows us to dig into larger themes like the American dream, and what it means to be American. It’s all presented in the guise of a superhero story, but we wanted to make sure we had underpinnings of some meaty stuff in there.”

Further, patriotic heroes are being hunted down by a mysterious force. And the mantle of Black Terror now being taken up by countless individuals fighting to save the republic. Returning readers of the Project Superpowers saga, and newcomers alike, will be excited to see more exciting takes on their favorite heroes like the Green Lama, The Claw, and many more.