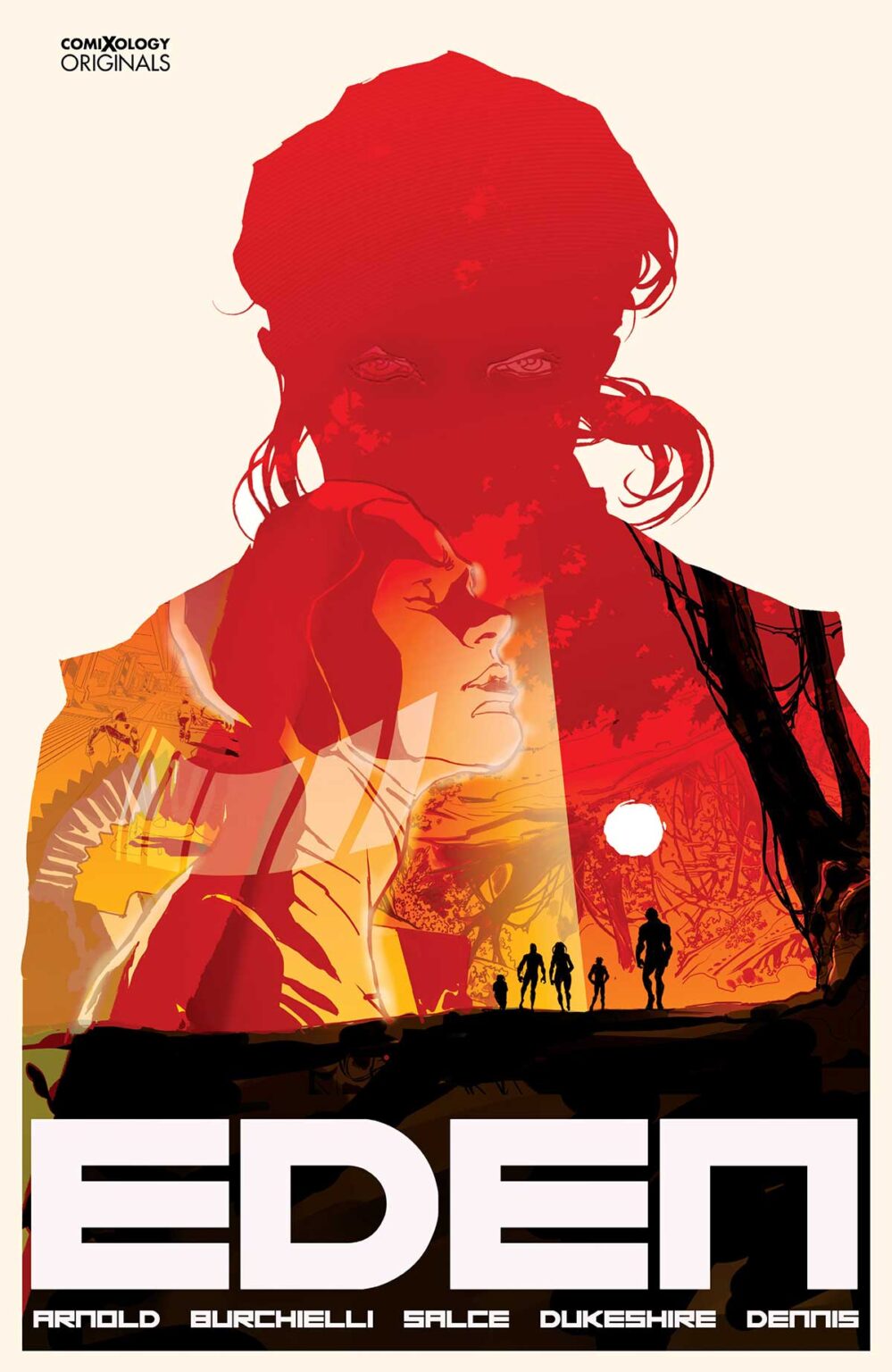 Eden is a story about starting over. When a new law declares that convicted criminals should be cryogenically frozen instead of jailed, society thinks it has found a more humane way to deal with inmates. But when a senator, accused of a horrible crime, is imprisoned under this new system, she will have to face a bizarre and frightening reality, unlike anything she can imagine.

In the graphic novel, two convicts, senator Anna Croft, and her sheriff husband, Ben, are sentenced to twenty-five years to life in a newly constructed cryogenic penal facility for a crime they claim they didn’t commit. Due to a malfunction, however, Anna, Ben and a few others are accidentally released. Once free, the escapees discover that they’ve been frozen for thousands of years, and are the only survivors in a catastrophic future, where prehistoric creatures walk the Earth once more. Given a second chance, the fugitives are forced to create a new society and must decide whether or not to release the rest of the imprisoned criminals in order to survive. Under Anna’s leadership, can these ‘bad seeds’ actually seed a new and better world, or are they doomed to repeat the mistakes of humanity’s checkered history?

Eden will debut on the digital platform in March 2022, while the print edition will arrive through Dark Horse Comics in July 2022.