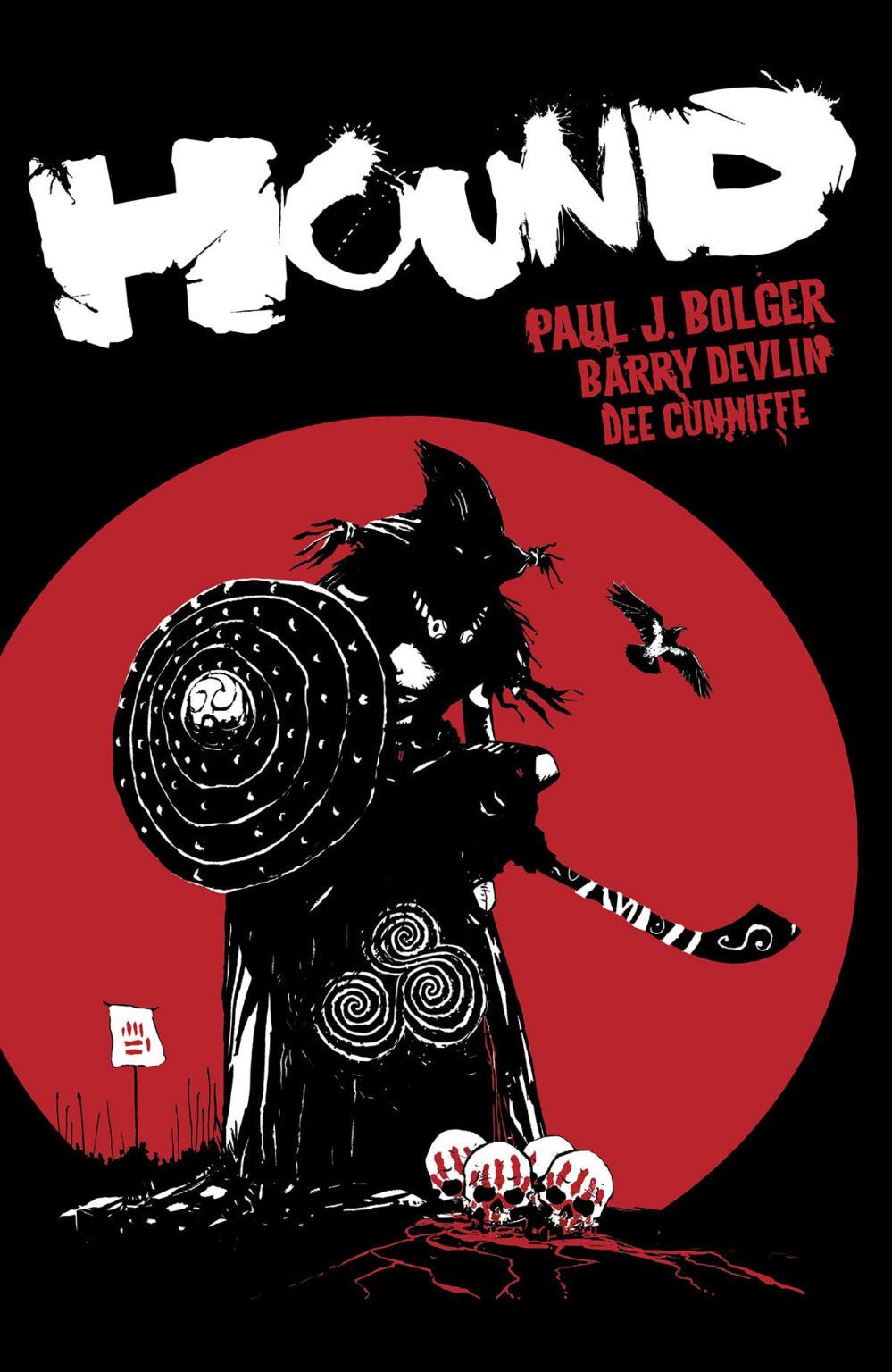 Dark Horse Comics has announced that Paul J. Bolger, Barry Devlin, and Dee Cunniffe are teaming for Hound, a comic book adaptation of the Irish myth of the Hound of Ulster. In 50 BCE, Morrigan, the goddess of war, has become restless as a long-lasting peace settles over Ireland. Deciding the time of peace must end, she chooses Setanta, the nephew of the king of the north, to become her ward. After a young Setanta slays the demon-hound of Cullan, he becomes known as Cú Cullan—The Hound of Cullan. As Cú Cullan grows older, it is apparent that an extraordinary power lies within him . . . and a great darkness. When he chooses the quiet life of a farmer over the sword, Morrigan, angry at the betrayal, instigates an invasion of his homeland and Cú Cullan must challenge fate itself to keep the goddess at bay.