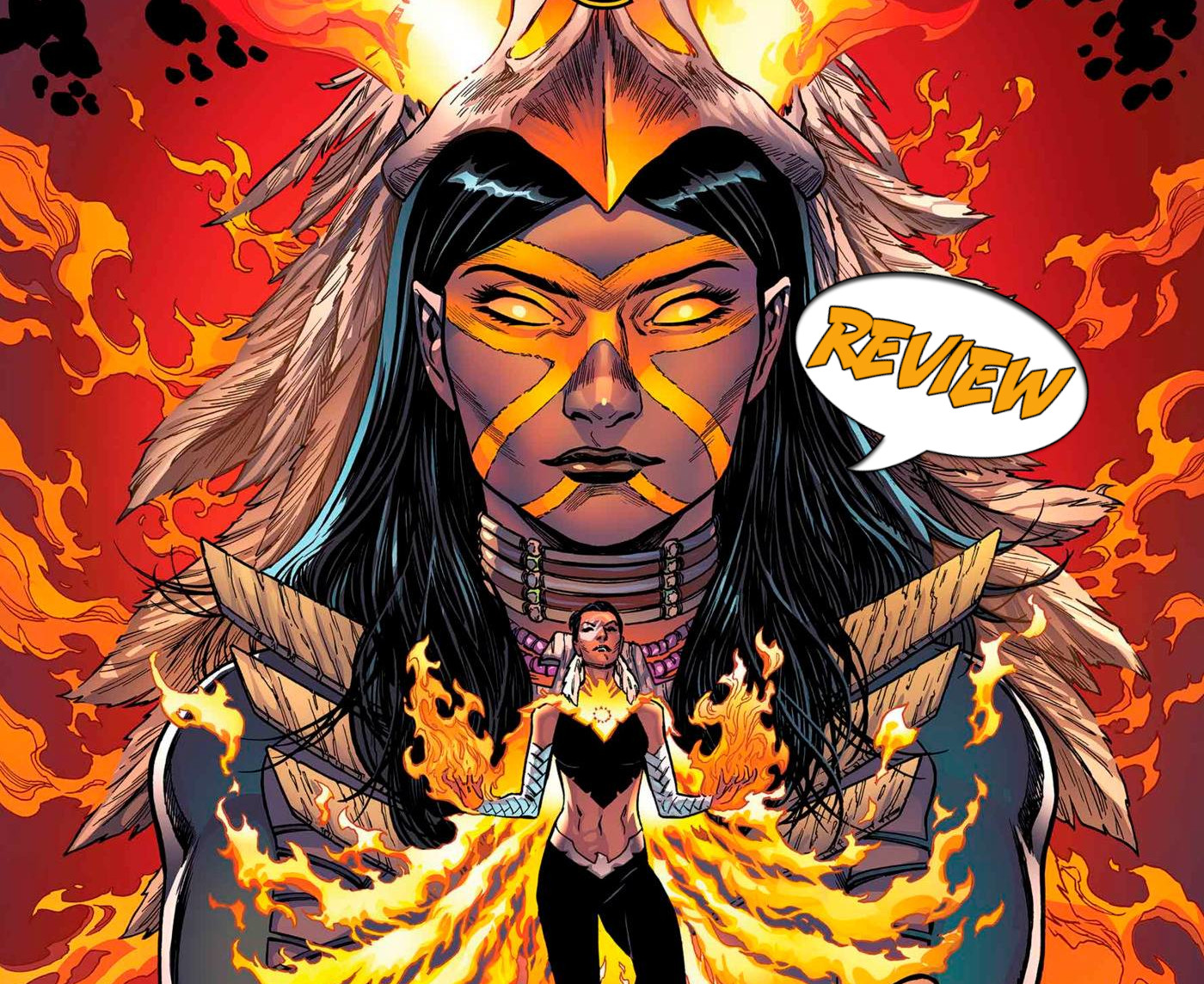 Echo is being hunted by The Adversary because she is the host of the Phoenix Force. Find out if she becomes prey in Phoenix Song: Echo #3 by Marvel Comics!

Previously in Phoenix Song: Echo is now the host of the Phoenix but has trouble controlling its rage. This has attracted the attention of allies and enemies alike. After a rough encounter with Forge, she headed to the Great Plains and met with a man known as River. Unfortunately, the Adversary is on her trail and River has taken Echo through time to visit her ancestral line. During the first stop, Echo encountered her own mother moments before The Adversary killed her.

Phoenix Song: Echo #3 starts with Forge trying to track down Echo. As he arrives at River’s house, he realizes that Echo has somehow engaged with The Adversary and worries for her safety. Meanwhile, Echo and River continue to run through time. Their next stop is the Choctaw Territory in 1850s. Echo now realizes that she may have Choctaw blood in her lineage. However, she cannot stay to find out as The Adversary arrives. The duo continues to run, and they eventually arrived in 1050 E, in the city of Cahokia. She then meets another woman named Ohoyo Luak who also has the power of the Phoenix! Rivers is accidently injured, and the Phoenix helps tend to his wounds. Echo is surprised that this Phoenix embraces her powers instead of fearing it. This realization gives her to courage to finally face The Adversary.

I am fascinated with Echo as a character. Being deaf with photographic memory is such an interesting combination that is engaging on the comic page. When she received the Phoenix Force, it allowed her to compete with all the top-tier heroes of the Marvel Universe. Phoenix Song: Echo #3 provides a foundation from where she turns into a being who can’t control her abilities to potentially a main force to be reckoned with. She realizes that she is controlled by the fear of hurting other people, and that manifests as rage through the Phoenix Force. What an engaging relationship of emotions verses powers. This idea is increased because she is learning about her mother’s heritage as she continues to travel through time.

I think I am most curious about what Forge and River’s role is going to be in the long run. As supporting characters in this miniseries, how will they grow and be solid character foils for Echo? That is what I will be looking at in the next issue.

I really enjoyed this comic book. I think the writing is well thought out and engaging to the reader. Maybe we will see an increase in popularity for the character and throw her to the forefront of future events to come. Phoenix Song: Echo #3 is a solid 4.5 out of 5 from me and I’ll be following the rest of this miniseries for sure!

Phoenix Song: Echo #3 does a great job in taking Maya Lopez and proving she is a contender in the Marvel Universe.